If a small country like Israel can feed the entire world, India, now among the top producers in fruits and vegetables, can more than double its horticulture produce by adopting drip irrigation extensively in the country. 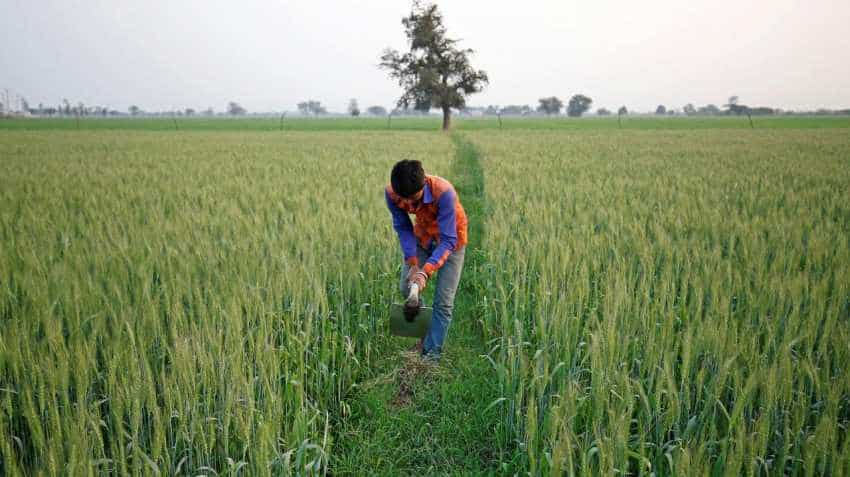 Nearly half of India's 142 million hectares of arable land, to be precise 69.5 million hectares, can be brought under drip irrigation, according to official estimates. Image Source: Reuters
Written By: K R Sudhaman
RELATED NEWS

If a small country like Israel can feed the entire world, India, now among the top producers in fruits and vegetables, can more than double its horticulture produce by adopting drip irrigation extensively in the country. Nearly half of India's 142 million hectares of arable land, to be precise 69.5 million hectares, can be brought under drip irrigation, according to official estimates.

This if adopted, farm production in drip irrigated land would go up 40% on an average, labour cost will reduce 40% and use of scarce water would be lowered by at least 40%.

According to director of Ludhiana-based Central Institute for Post Harvest Engineering and Technology (CIPHET) R K Singh, if the yield, for example, of tomato is 100 tonne per hectare in a conventional farm, it would be more than 200 tonne with drip irrigation. In fact, in a fortified greenhouse, it could be much higher.

India's food grain production is estimated to be around 285 million tonne and horticulture around 380 million tonne this year. "It is true, supply is more than demand in farm produce in India. Post-harvest management, marketing and better storage are critical for ensuring that farmers' interests are protected by ensuring remunerative prices," Singh told DNA Money.

If the soil is soaked in water, the plants find it difficult to breathe and hence the yield is less, Singh said adding drip irrigation is so cost effective that farmers may not even require subsidies. Farmers prefer to soak the plants in water as they do not have to water them for at least a week. In case of drip irrigation, every alternative day, they will have to water plants.

Ideally, cold storage for multi horticultural crops should come up in every blocks and talukas for farmers as a long-term solution. Besides, food processing units suited for processing local crops have to be encouraged. Processed food made out of excess horticulture production will help farmers get a better income.

Former member of the erstwhile planning commission and agriculture economist Abhijit Sen said food inflation is low in India because rural demand is not picking up. Rich farmers do not want to buy more food grains and horticulture products as they now want more processed food, which is not adequately available.

Agricultural expert Ashok Gulati is of the view that cropping pattern needs to change. There is no justification for Maharashtra to produce sugar cane and rice in Punjab, as these crops are depleting the water table. Ideally, these crops should be grown in eastern UP, Bihar, West Bengal and Assam, where water is in abundance. R K Singh agrees with this viewpoint and said farmers in Punjab grow rice because they are assured of minimum support price, which is quite attractive.

In fact, the Punjab farmers are aware that they will get more income if they switch over to fruits and vegetables but it required some effort and marketing, Singh said. Also, growing Amla can solve the problem of salinity in soil due to excess use of water.

The second green revolution in food grains can now come from only eastern and north-eastern regions, as productivity in food grains has reached a plateau in Punjab, Haryana and Andhra Pradesh. If only irrigation is regulated in eastern India, green revolution can be replicated. Food crops, particularly rice, are water guzzlers, Singh said.

Former chief statistician and planning commission advisor, Pronab Sen felt Amul model of cooperatives is not getting replicated in horticulture because a farmer is the owner of cow whereas he is not the owner of the land. Unless tenancy rights are strengthened and improved, there will be no incentive for tenancy farmers to adopt the Amul model of cooperatives in horticulture.

Singh said contract farming is gradually spreading in India, particularly in horticulture and poultry and there are several examples of success stories. But massive efforts are needed to spread them across the country. Now, technology is there, money is there. Farmers, however, will have to be incentivised to adopt them.