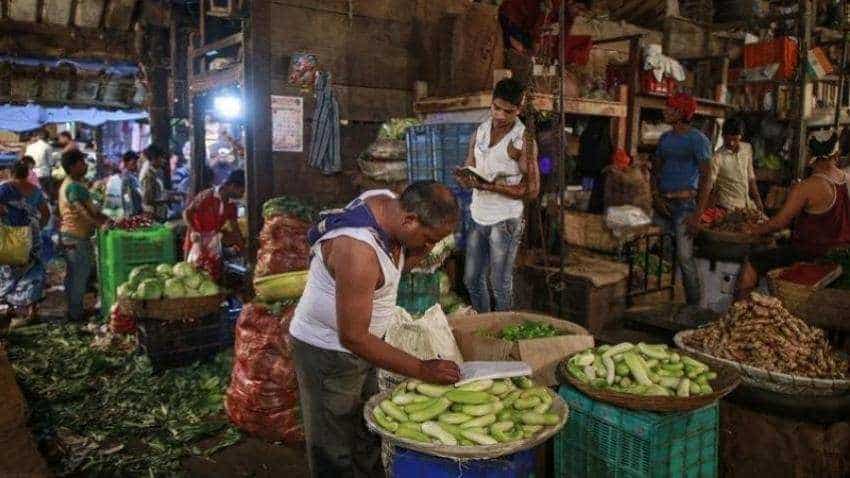 The CPI for this month was lower compared to 2.33% in November 2018 month and 5.21% witnessed a year ago same month. Photo: Reuters

The Central Statistics Office (CSO) has presented the India's Consumer Price Index (CPI) or retail inflation data for the month of December 2018, under which the indicator has relaxed at 2.19% bringing as an good news to RBI and common man. The CPI for this month was lower compared to 2.33% in November 2018 month and 5.21% witnessed a year ago same month. The CPI (Rural, Urban, Combined) on Base 2012=100 is being released for the month of December 2018. In addition to this, Consumer Food Price Index (CFPI) for all India Rural, Urban and Combined are also being released for December 2018.

As per the data produced by CSO, it was known that key indicators of CPI inflation has seen some negative performance especially the food and beverages index which came in at -1.49% in December 2018 month.

However, the clothing and footwear index stood at 3.52% in December 2018, followed by housing inflation at 5,32%, fuel and light at 4.54% and miscellaneous indicator which includes personal care, health, transport, communication, education,etc. came in at 6.45% in the same month.

Also, the pan, tobacco and intoxicants index saw growth rate of 5.77% in December 2018.

The current inflation numbers are in line with what analysts had predicted.

Teresa John at Nirmal Bang predicted CPI inflation in December 2018 to come in at 2.13% YoY, down from 2.33% in the previous month. The deflation in food prices is expected to sustain. Food and beverage inflation is expected to decline 1.58% YoY, after a 1.69% fall in the previous month. Prices of fruits and vegetables continued to decline in December 2018, although vegetable prices, particularly tomatoes, witnessed an uptick in January 2019."

This comes as a good news to RBI for further rate cut in policy repo rate which can be a possibility in February 2019.

This in return comes as an helping hand for common man who opts for loans in regards to home, personal and vehicle.

When banks borrow funds from the central bank during shortages, they are currently paying a higher interest rate, which is 6.50%. If policy repo rate drops this makes borrowing of funds cheaper for banks, which then leads to better room for lowering lending rates.