The country received below normal rainfalls in last two years and many parts were hit by severe drought which hit the farm output. 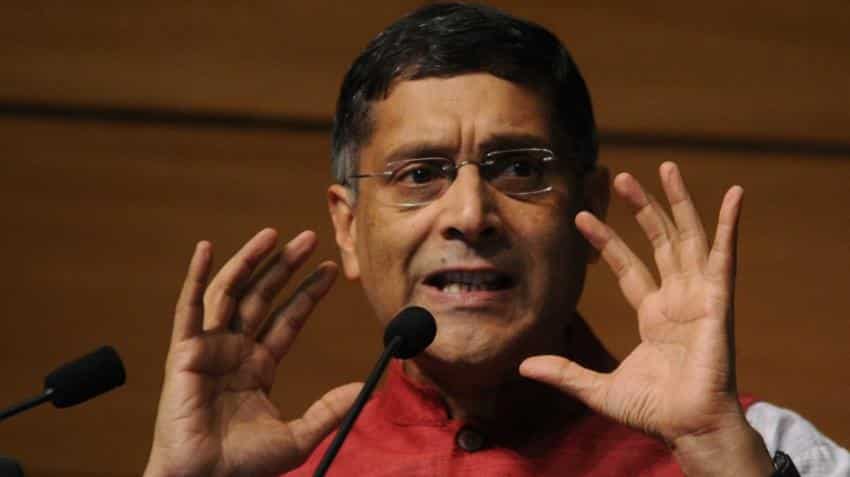 A good monsoon will have positive effect on the Indian economy and inflation will come down, Chief Economic Advisor Arvind Subramanian said on Wednesday.

"If it's a good monsoon, no doubt it will have a positive effect on economy in many ways. Inflation will come down, growth will increase, rural consumption will increase. That factor alone will be unambiguously positive for the Indian economy," he said.

The India Meteorological Department (IMD) has predicted monsoon for 2016-17 at 106% of the Long Period Average (LPA) with a model error of 5%. Subramanian was talking to reporters on sidelines of an event organised by Bharat Krishak Samaj here.

Addressing the gathering, Subramanian said in the last two years the government has taken a host of measures to improve the agricultural sector in the country.

"....the general rule that crisis lead to reforms and change (which India witnessed in 1990-91), I think is also true in (these two years) because I do think that this Budget and this government has spent lot of time thinking about how to support agriculture," he said.

The country received below normal rainfalls in last two years and many parts were hit by severe drought which hit the farm output.

"In some ways crisis has led to a very positive and significant response in terms of addressing agriculture. Obviously much more remains to be done," Subramanian added.

Stressing on the importance of increasing agriculture productivity, he said a lower inflation will lead to low interest rates.

To another question on the recently set up FRBM panel, Subramanian said the terms of the reference of the committee are very broad.

The government yesterday formed a five-member committee under former revenue secretary N K Singh to review the working of the 12-year old FRBM Act and examine the feasibility of a fiscal deficit range instead of a fixed target.