Modi met US President Barack Obama earlier in the morning on Monday, and later met UK Prime Minister Theresa May for their first bilateral talks. 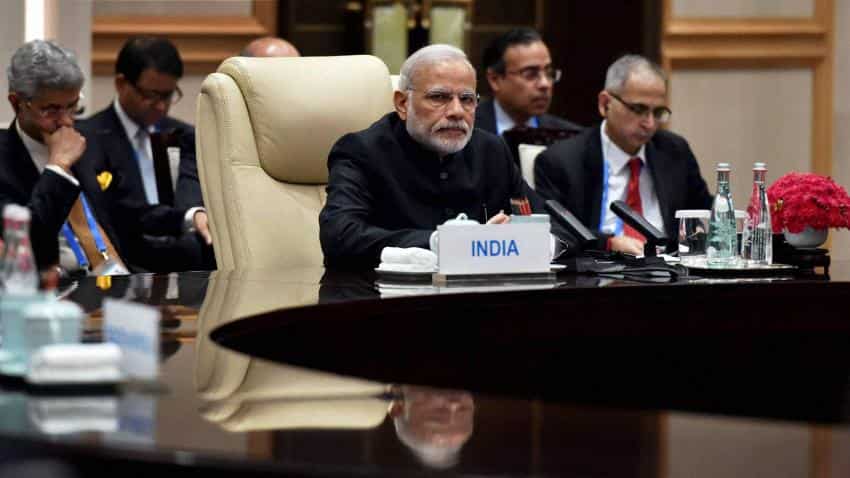 While speaking at the summit, Modi also pitched for the breaking down of the "web" of complex international regulations. Photo: PTI

On the second day of the G20 Summit, Prime Minister Narendra Modi said that fighting corruption, black money, and tax-evasion were the central key to effective financial governance.

Vikas Swarup, Spokesperson of the Ministry of External Affairs, tweeted that Modi had emphasized on the need to act on eliminating safe havens for economic offenders, and tracking down and unconditionally extradite money launderers and tax offenders.

Modi, who arrived in Hangzhou on Saturday to attend the G20 Summit from his visit to Vietnam, said, G20's efforts should be for zero tolerance for corruption and black money, zero admin, policy and treaty loopholes, and zero barriers, and full commitment to action.

While speaking at the summit, Modi also pitched for the breaking down of the "web" of complex international regulations and excessive banking secrecy that hide the corrupt and their deeds.

1. "To promote inclusive and sustainable growth, it is essential that capital requirements under the new regulations do not raise the cost of finance.

2. Important mechanisms like financial stability board (FSB) should stick to their core mandate.

3. International Monetary Fund (IMF) should remain a quota based institution and not depend on borrowed resources. He also emphasised on long delayed 15th General Review of Quotas must be completed by 2017 Annual Meetings.

PM highlights important points on why
a stable global economic and financial system is imperative for growth pic.twitter.com/gNoxAfeG8K

While ending his speech, Modi said, "Need energy to support development needs. Balance mix of nuclear, renewable energy and fossil fuels at core of our policy."

Modi met US President Barack Obama earlier in the morning on Monday, and later met UK Prime Minister Theresa May for their first bilateral talks.