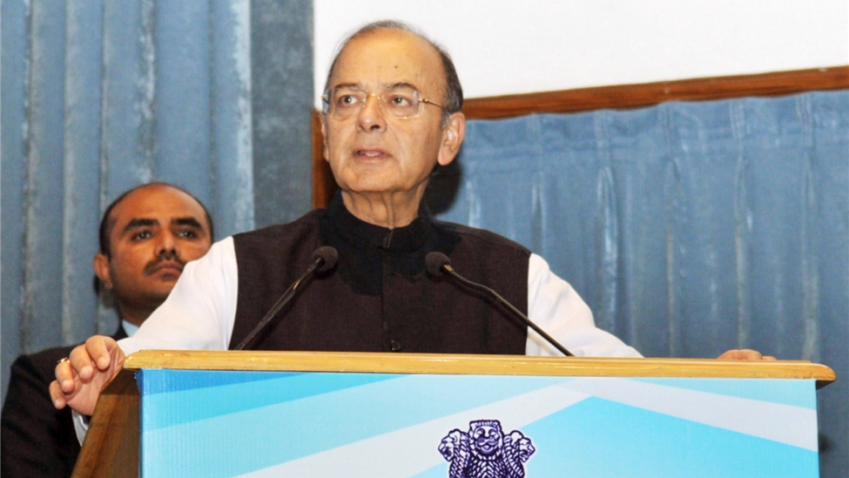 In the wake of the Punjab National Bank fraud case, the PM Narendra Modi led Cabinet today cleared the Fugitive Economic Offenders Bill. The Bill allows the confiscation of offenders assets without conviction where they flee the country. This can serve as a deterrent in cases like the jeweller Nirav Modi case. In his comments, FM Arun Jaitley said, "Courts may declare anyone fugitive if he flees the country to avoid arrest in a scheduled offence where arrest warrant has been issued." FM added, "All assets, not just proceeds of crime, will be confiscated of an offender fleeing the country; offender cannot pursue any civil case."

FM Jaitley also explained that new and old cases of persons who have fled the country to avoid prosecution will be covered by the new Fugitive Economic Offenders Bill.

These proposals of the Cabinet regarding economic offenders will come before Parliament for clearance. However, while the exact date has not been revealed for this as yet, it may well happen during the March 5 session.

Speaking at the 42nd Civil Accounts Day he said the civil account department of the government cannot afford to err as it informs about the state of public finances to the nation and there is an element to sanctity attached to it.

Jaitley added, "There is a certain amount of sanctity which must remain attached to the government accounting system. While there are government departments that can function with a fairly high amount of accuracy, the Civil Accounts Department is one that cannot afford to err because a small error can lay a huge foot prints".

FM Jaitley hailed the effective use of technology by Indian Civil Accounts Service (ICAS) professionals as it ensures that every rupee of the government is accounted for and can be tracked.

2. Proposed law targets fugitives like diamond merchant Nirav Modi and Vijay Mallya. Law will apply to new and old cases of persons who have fled the country to avoid prosecution.

3. Bill provides for confiscating of all assets of absconding fraudsters and loan defaulters.

4. The move aims to impound and sell assets of Nirav Modi-type escapees with a view to quickly recover dues.

5. This will apply to defaulters who have an outstanding of Rs 100 crore or more and have fled from the country.

6. FM Arun Jaitley said the Bill will be taken to Parliament for approval in the second half of the Budget session beginning March 5.

7. Bill defines a fugitive offender as someone against whom a court has issued an arrest warrant for a scheduled offence and who leaves or has left India to avoid criminal prosecution, or refuses to return to India to face trial.

1. FEOB is different from the Prevention of Money Laundering Act, which provides for confiscation of assets of economic offenders.

2. Under PMLA, only profit of crime is confiscated and that too upon conviction.

3. FEOB extends to all the assets irrespective of whether it is acquired as a result of crime or not.

4. FM Jaitley revealed that "This is triggered by the offender being a fugitive".

5. FEOB will apply the moment warrant is issued (and) the court decides the man is not submitting.

6. The new law will allow quicker recovery of dues through a special court from such absconding offenders.

FM added, "A trial of fugitive will never be complete," he said, reasoning why confiscation of assets has been provided for.

However, this law was announced in the Budget for 2017-18. Centre has hastened it after Nirav Modi and his uncle Mehul Choksi allegedly defrauded state-owned Punjab National Bank (PNB) of Rs 12,700 crore and left the country. Jaitley concluded by saying, "In the last Budget, there was an announcement that the government bring law to confiscate assets of fugitives under economic offences. That has been approved by (the) cabinet today."