Das also met  the president of the New Development Bank and the CEOs of the Luxembourg Stock Exchange and Scotia Bank. 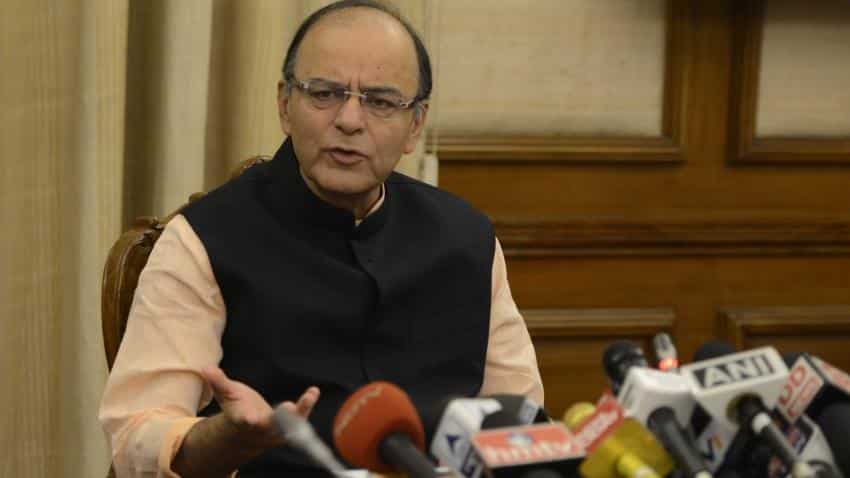 Finance Minister Arun Jaitley on Saturday highlighted the various steps taken by the government which have led to the achievement of the universal financial inclusion goal during the last couple of years, Ministry of Finance said.

Jaitley, was delivering the Keynote Address at the Annual Meeting Flagship event organized by the World Bank on the issue of ‘Financial Inclusion and De-risking’.

In his speech, he focused on the steps like leveraging digital IDs (Aadhar), expanding access networks (PM Jan-DhanYojana) and digitizing financial benefit transfers (including Insurance and Pension schemes).

Before this, on Friday, Jaitley along with Shaktikanta Das, Secretary, Department of Economic Affairs (DEA), Ministry of Finance participated in the 2016 IMF-World Bank Annual Meetings Plenary, which was held at DAR Constitution Hall, Washington D.C.

On Friday, Jaitley held bilateral meetings with his counterparts from Sri Lanka, China and Iran focusing on the areas of mutual cooperation and commonality of positions in various multilateral fora, the ministry said.

As per the Ministry, Das, participated in the World Bank Development Committee meeting, spoke about the wide-ranging economic reforms undertaken in India which are transforming the business environment for Indian and global investments.

Further, Das also met  the president of the New Development Bank and the CEOs of the Luxembourg Stock Exchange and Scotia Bank.

Currently, Jaitley is on the official tour to USA. Along with Das, he is accompanied by Urijit Patel, Governor RBI, Arvind Subramanian, Chief Economic Advisor (CEA) and other officials.