Festive cheer for commuters! Petrol prices cheapest this year, Diesel rates down too

However, crude oil surged 8 per cent in the Wednesday's International market hours, jumping highest in the two years. 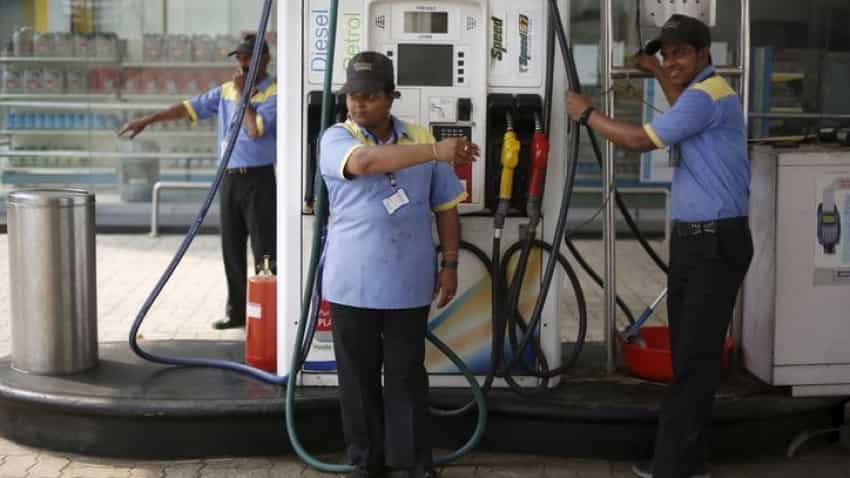 Vote and get discount on buying up to 20 litres petrol, diesel

Fuel prices hit lowest of 2018 on Thursday, after further correction. The downward trend continued for the oil prices due to continuous fall in crude. After this fall, petrol is available at the cheapest rate this year. In Delhi, Petrol is selling 5 paise cheaper at Rs 69.74, while diesel is selling at Rs 63.76, which is 7 paise cheaper, compared to Rs 63.83 on Wednesday. After the revision, Petrol price in Mumbai is now Rs 75.36 as compared to Rs 75.41 per litre yesterday. Diesel is retailing at Rs 66.72 per litre, cheaper by 7 paise from Wednesday.

Petrol and diesel are cheaper in Delhi now compared to NCR region.

However, crude oil surged 8 per cent in the Wednesday's International market hours, jumping highest in the two years. Even as global markets closed green on Wednesday, with a strong rise in crude oil, experts believe that the oversupply of crude worldwide, will continue the downward sloping trend for fuel. The constant fall in International crude oil prices in the market is epicenter for this downward trend in fuel.

Relief for the commuters will continue in future, as the crude oil has already broken over 40 per cent this year. Petrol touched the all time high in October this year, was selling over Rs 90 per litre in Mumbai.

As per the country`s dynamic pricing mechanism, the domestic fuel prices depend upon international fuel prices on a 15-day average and the value of the rupee against dollar. The cuts in excise duty this year by the government to lower the higher prices of fuel will likely to book a revenue loss of Rs 7000 crore in the coming quarter.

As India imports 80 per cent of crude required, the falling fuel prices is positive for the economy. Crude oil hit $50 mark per barrel on Monday, lowest since October this year when it was sailing over $85 levels per barrel. Crude is already trading at its lowest levels since July 2017 and will likely to witness more cuts in the future due to rupee's appreciation and crude's oversupply globally.

Vote and get discount on buying up to 20 litres petrol, diesel