Female workers decline, comprise only one fourth of worker population in India

Minister of Labour, S. Gangwar is of the opinion that the female workforce decline has more to do with increase in level of income in rural areas and higher educational attendance by women. 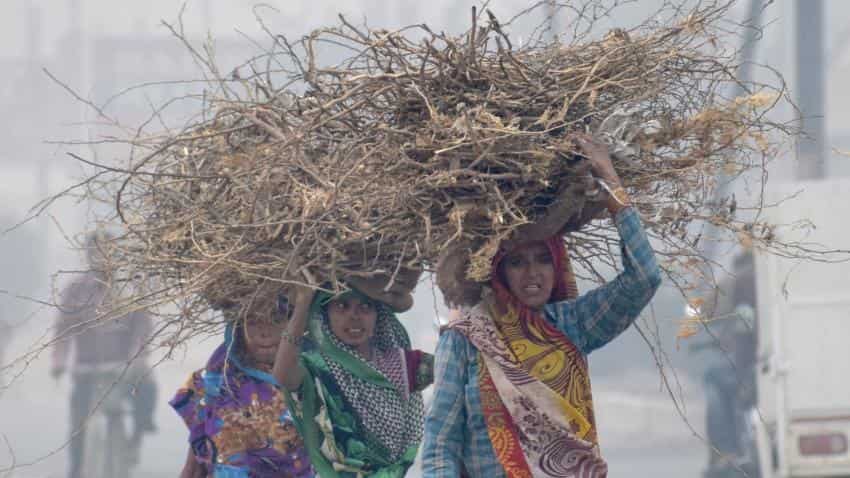 Women carry firewood as on their head in Mathura. Image Source: IANS

The female workforce in India has registered a decline in the financial year 2015-16. A lower percentage of women contributed to the workforce in FY16, Santosh Kumar Gangwar, Minister of State for Labour and Employment said in a reply to Lok Sabha questions in the winter session of Parliament.

Worker population ration revealed by the Minister showed that male workers in FY16 stood at 73.3% while females stood at 25.8%.

This was far less than the preceding year which entailed 29.6% female worker population.

“The decline in female work force participation rate may be attributed to factors like increase in level of income in rural areas due to increase in real wages, increased educational attendance and higher level of participation in education and insufficient formal wage employment opportunities etc,” Gangwar added.

In another reply to Lok Sabha questions on ‘job seekers’ in India, Gangwar revealed that the number of females seeking jobs was half of the male population doing the same.

India also registered a decline in the Global Gender Gap index released by World Economic Forum in November this year.

After improving its ranking in the same gender gap index last year, the country has slipped 21 spaces from its 87th position in 2016 to land at 108.

India’s wage gap was also labelled as worst in the world, Oxfam data revealed in April 2017.

In India, women form 60% of the lowest paid wage labour, but only 15% of the highest wage-earners. It means that in India women are not only poorly represented in the top bracket of wage-earners but also experience wide gender pay gap at the bottom, the report said.

Women professionals want to play a bigger role in Make in India: Study

GRAMMY Awards 2023: Beyonce breaks record for most wins ever