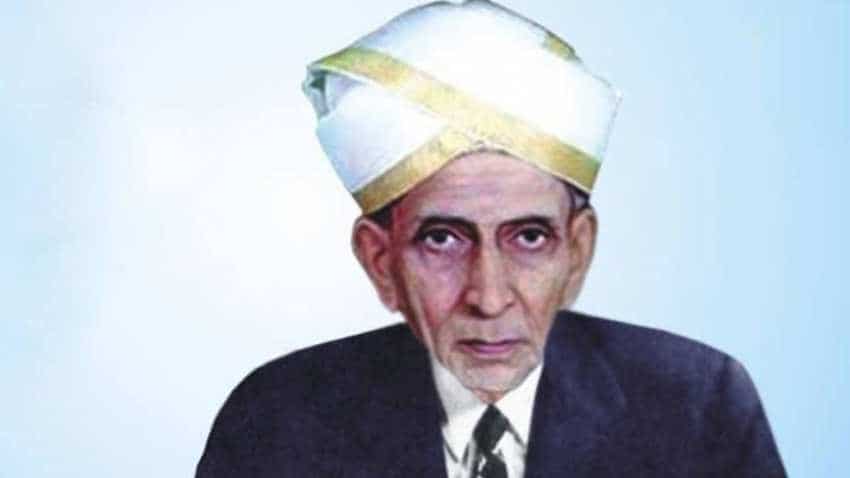 Every year on the birth anniversary of M Visvesvaraya, September 15, is marked as Engineers Day. Image source: Vice-President of India Twitter handle
Written By: ZeeBiz WebTeam
Edited By: Manas Tiwari

Engineers Day 2019: Prime Minister Narendra Modi praised engineers for their contributions to the society and development on the occasion of Engineers Day 2019. Every year on the birth anniversary of M Visvesvaraya, September 15, is marked as Engineers Day. The Prime Minister posted on Twitter that the progress would be incomplete without their innovative zeal.  Visvesvaraya was the chief engineer for Krishna Raja Sagara dam project in Mysuru city suburb and also took the helm in building up flood protection system in Hyderabad city. Engineer's Day on his birth anniversary is not only celebrated in India, but also in two other countries namely Sri Lanka and Tanzania.

"Engineers are synonymous with diligence and determination. Human progress would be incomplete without their innovative zeal. Greetings on #EngineersDay and best wishes to all hardworking engineers. Tributes to the exemplary engineer Sir M. Visvesvaraya on his birth anniversary," Prime Minister Narendra Modi tweeted today.

In recognition of his work, British government also confered on him many titles. He was also awarded India's highest civilian award Bharta Ratna in 1955. He was one of the early engineers of India and worked intensively on Dam and water projects.

"Remembering Shri Mokshagundam Visvesvaraya on his birth anniversary today. A civil engineer par excellence, he harnessed India's water resources through dams. He was a visionary. The nation is ever grateful to his invaluable contributions," Vice-President M Venkaiah Naidu tweeted. "I convey my warm greetings and good wishes to engineers on the occasion of Engineers Day celebrated as a mark of respect to Shri  Visvesvaraya." West Begal Chief Minister Mamata Banerjee too wished on the occassion.