The decision has been taken to promote faster payment of fees through the digital mode so that vehicles can move through seamlessly, and traffic jams at the toll plazas can be prevented. 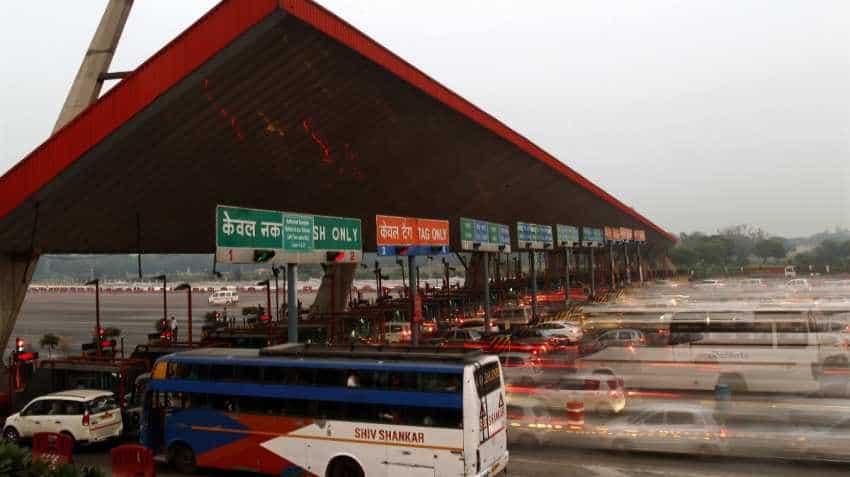 A FASTag lane in a toll plaza is reserved exclusively for the movement of FASTag users. Image source: Reuters
Written By: ZeeBiz WebTeam
Edited By: Arun Kumar Chaubey
RELATED NEWS

In order to promote faster payment of fees through digital mode and to ease traffic jams at toll plazas, the Ministry of Road Transport and Highways has decided to declare all lanes in all toll fee plazas on National Highways across the country as dedicated ‘FASTag Lanes’ from 1st of December this year, said an official statement.

In a letter sent to NHAI on Friday, the ministry asked the authority to ensure strict implementation of the above fee rules at every toll plaza on the National Highways. "One hybrid lane will however be allowed at every toll plaza to facilitate and monitor over dimensional or oversized vehicles, where FASTag and other modes of payment will be accepted. This lane will be converted into FASTag lane in a time bound manner," it said.

According to the National Highways Fee (Determination of Rates and Collection) Rules, 2008, a FASTag lane in a toll plaza is reserved exclusively for the movement of FASTag users. There is also a provision under the rule according to which non -FASTag users are to be charged double the fee if they pass through FASTag lanes.

The decision has been taken to promote faster payment of fees through the digital mode so that vehicles can move through seamlessly, and traffic jams at the toll plazas can be prevented. The RFID based FASTag is affixed on the windscreen of the vehicle. It  allows for direct payment of fee from the prepaid or savings account linked to it, and  enables vehicles to drive through without stopping for transactions, said the statement.

Further, it stated that it is found that currently even non-FASTag users are passing through FASTag lanes and making cash payments. "This is leading to crowding of the FASTag lanes, and overall traffic congestion at the plaza, defeating the very purpose of the FASTags. As a result, electronic toll collection through FASTags has not grown as much as was desired," it added.

For smooth implementation of this decision, the ministry has asked NHAI to assess the overall requirement of FASTags across the country and make it available in requisite numbers.

It added, "the required civil and electronic infrastructure at all toll plazas is also to be provided before implementation date of 1st December, 2019. The Authority has also been asked to identify and resolve logistic and other problems likely to lead to any law and order problem in this venture."