Gadkari said the highest toll tax was collected from Uttar Pradesh amounting to Rs 1,525 crore in the financial year of 2018-19. 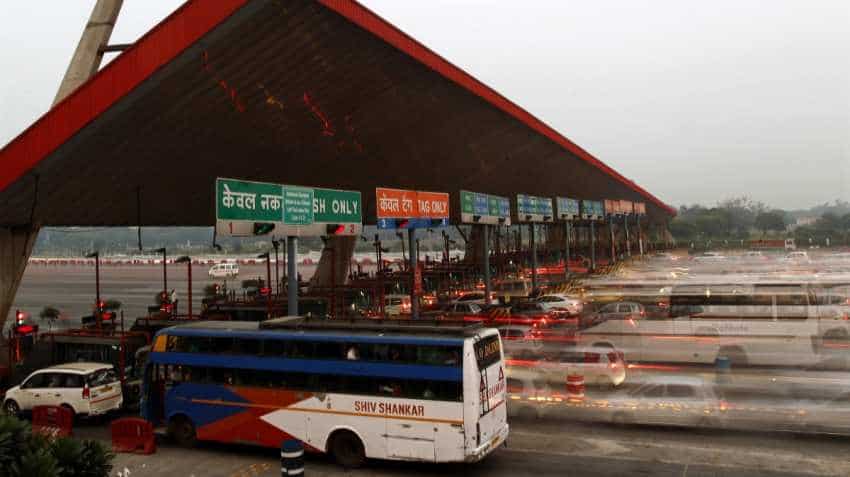 The total revenue generated from toll plazas during the financial year 2018-19 amounted to Rs 9,187 crore, said Minister for Road Transport and Highways Nitin Gadkari today in the Lok Sabha, while answering to an unstarred question posed by BJP leader Prabhubhai Nagarbhai Vasava. Gadkari told the house, "In 2016-17, a total of Rs 6,937 crore, in 2017-18, Rs 8,630 crore and in 2018-19, Rs 9,187 crore is the total revenue generated from the 549 operational toll plazas across the country."

According to him, the highest toll tax was collected from Uttar Pradesh amounting to Rs 1,525 crore in the financial year of 2018-19. However, the toll-operate-transfer projects (upfront payment for 30 years) is Rs 9,681 crores, he added.

In a written reply in Lok Sabha today, Gadkari also stated that the National Highways Authority of India has invited bid for toll operate transfer Bundle-3 on June 13, 2019 with bid due date of September 11, 2019 and Initial Estimated Concession Value (IECV) of Rs 4995.48 crore. The total length of 9 stretches of TOT Bundle-3 is 566.27km in the States of U.P, Bihar, Jharkhand & Tamil Nadu, said an official statement of his ministry.

As per the policy guidelines, the term “Stuck Project” as used, means a project undertaken by the MoRTH through NHAI, NHIDCL or state PWD where the work has stopped due to (i) inability of the Contractor/Concessionaire to continue with the execution of the project on account of proceedings initiated against it before the NCLT under the Insolvency and Bankruptcy Code, 2016 or under Section 241(2) of the Companies Act, 2013; or (ii) default (consecutive or simultaneous) on account of both the parties i.e. the NHAI/NHIDCL/State PWD and the Contractor/Concessionaire. Process for revival of stuck projects has been initiated.

According to his statement, the progress of Qazigund- Banihal tunnel project on NH-44 undertaken by National Highways Authority of India (NHAI) is 75.24% against the fund allocated amounting to Rs 2,648 crore for the project and scheduled to be completed by July, 2020.

However, the work of preparation of detailed project r(DPR) costing Rs 3.23 crore for two laning of Mughal Road connecting Shopian to Baffliaz (in Punch district) including Mughal Road is in progress and scheduled to be completed by January, 2020, the statement added.