Earthquake in Delhi: The national capital was hit by a strong earthquake on Friday night. Several people from Delhi took to social media platforms to inform that they felt tremors at around 9:10 pm. 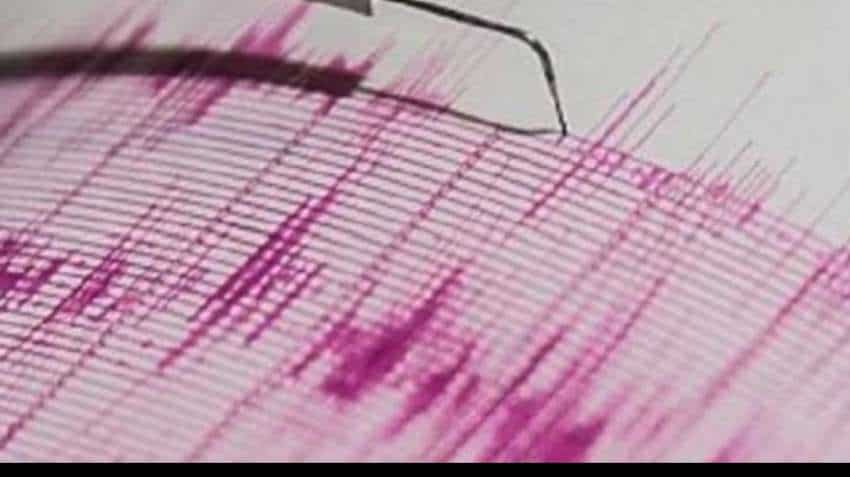 Earthquake in Delhi: Several people from Delhi took to social media platforms to inform that they felt tremors at around 9:10 pm. Photo: PTI
Written By: ZeeBiz WebTeam
Edited By: Manas Tiwari
RELATED NEWS

Earthquake in Delhi: The national capital was hit by a strong earthquake on Friday night. Several people from Delhi took to social media platforms to inform that they felt tremors at around 9:10 pm. This is the third earthquake in Delhi over the last few months. No loss of life or property was reported from the national capital. However, quake was strong enough to spread panic and the public rushed outdoors in fear. According to the National Centre for Seismology, "Medium intensity earthquake of magnitude 4.5 on the Richter scale had its epicentre in Rohtak district, Haryana. NCS added that the earthquake happened at a depth of 3.3-kilometre and it occurred at 9.08 pm. It's epicentre was exactly 16 km east-southeast of Rohtak. However, the website of the European-Mediterranean Seismological Centre said the earthquake was of magnitude 4.6 on Richter scale, according to news agency Reuters.

This is not the first time when earthquake has hit Delhi-NCR. According to the National Centre of Seismology, under the Ministry of Earth Sciences sought to assuage the people`s fear regarding frequent earthquakes in the national capital, asserting that tremors between two to three magnitude are usual and have hit the city 100 times in the last ten years.

"Delhi has been witnessing earthquakes in the range of two to three magnitude frequently. There is nothing to worry about as they are a normal phenomenon. In the last ten years, the city has been hit by more than 100 earthquakes," an official from the seismology centre told IANS around a fortnight ago.

Clearing the air, the founder of Live Weather of India also asserted that Delhi and its surrounding regions have always remained home to small quakes. "We just keep on releasing pressure from time to time with minor quakes," Navdeep Dahiya assured.

On April 12, an earthquake of magnitude 3.5 had struck the city and tremors were felt in Noida and Ghaziabad as well.

According to data collated from the National Centre of Seismology`s website by Dahiya, the NCR region has been hit by 11 earthquakes between March 23 to May 10. As all these came amidst a nation-wide lockdown, they added more to worries of the people.