The government is looking at passage of the GST Bills in the Lok Sabha by March 29 or latest by March 30. 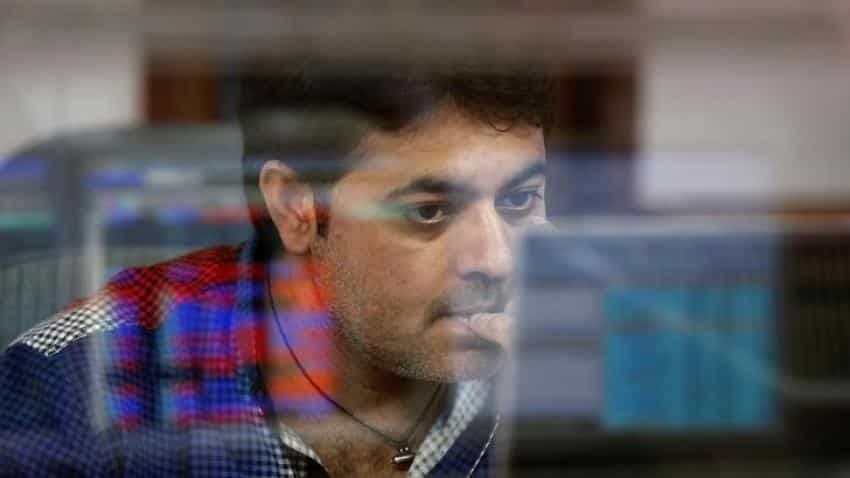 Last week, the Indian rupee strengthened by five paise to 65.41 against a US dollar. Photo: Reuters
Written By: ZeeBiz WebTeam
RELATED NEWS

On Monday, the investors will closely watch the ongoing Budget session. The government is likely to table supplementary goods and services tax legislations in the Lok Sabha on today.

Sources said C-GST, I-GST, UT-GST and the compensation law are likely to be introduced in the Lok Sabha today and could be taken up for discussion as early as March 28, as reported by PTI.

The government is looking at passage of the GST Bills in the Lok Sabha by March 29 or latest by March 30, the report said.

Reliance Industries: On Friday, Securities and Exchange Board of India (Sebi) had banned the company along with 12 others from equity derivatives trading for one year and directed the Mukesh Ambani-led firm to disgorge nearly Rs 1,000 crore for alleged fraudulent trading.

Later, the company in a regulatory filing had said it will challenge the Sebi order in the Reliance Petroleum case before the Securities Appellate Tribunal, terming the regulator's directions as "unjustifiable sanctions".

HCL Tech: On Saturday, the company in a regulatory filing said that its client MillerCoors has filed a lawsuit in the US against the company alleging that it did not deliver an enterprise software project on agreed timelines.

"MillerCoors, LLC, a client of the company, has filed a lawsuit in the United States District Court for the Northern District of Illinois against the company and HCL America Inc, a wholly-owned subsidiary of the company," HCL Tech said.

Bajaj Auto: On Saturday, the company on its official website announced that it has agreed with Japan's Kawasaki to end their decade-old alliance for sales and services in India from next month.

The auto-major had also said that it will now focus on its partnership with Austrian firm KTM.

State Bank of India: The bank is likely to reduce its total workforce over the next two years after the merger with six entities, owing to attrition, reduced hiring and digitisation, a top official said on Sunday.

"Manpower will go down with the period of time. Around 10% reduction in two years may be a possibility," Rajnish Kumar, SBI Managing Director, told IANS in an interview.

Yes Bank: On Friday, the media reports had stated that Yes bank to raise up to $600 million with Greenshoe Option of $150 m via QIP and the QIP will be around SEBI calculated average of Rs. 1499/- share.

Though on Saturday, the bank in a clarification sought by the exchange said "the bank does not comment on speculative media reports and rumours regarding the bank."

On global front, Asian stocks are set to start the week on a cautious note as President Donald Trump's stunning failure to get healthcare reform passed raised concerns about the prospects for his plans to use fiscal stimulus to boost economic growth, as reported by Reuters.