This year the DGP conference from 2nd December to 5th December is being held in virtual mode. PM Narendra Modi has given around 15 hours of his time to this conference. There has been a paradigm shift in the format, venue, topics covered, deliverables etc. in the DGsP/IGsP Conference since 2014. Focussed follow up has improved Police efficiency and functioning across the country. 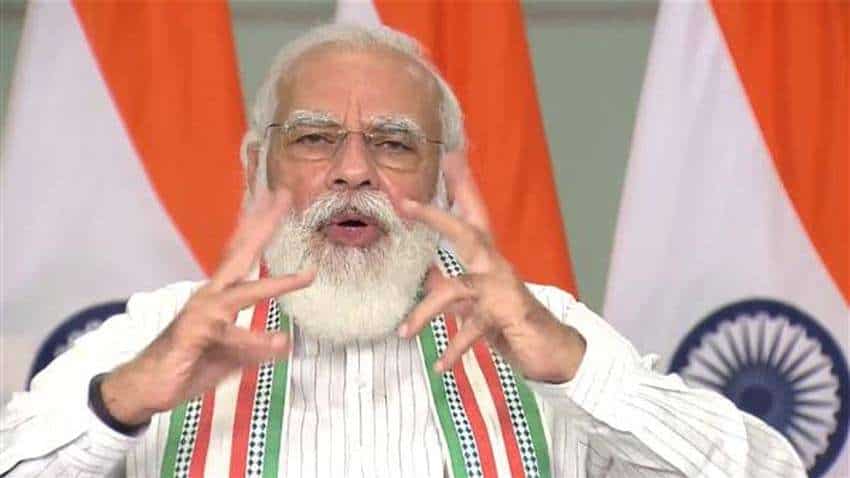 On the directions of the PM, the number of sessions/topics have increased significantly since 2014, with focus on improving day to day policing in service of people. PTI
Edited By: ZeeBiz WebTeam
RELATED NEWS

This year the DGP conference from 2nd December to 5th December is being held in virtual mode. PM Narendra Modi has given around 15 hours of his time to this conference. There has been a paradigm shift in the format, venue, topics covered, deliverables etc. in the DGsP/IGsP Conference since 2014. Focussed follow up has improved Police efficiency and functioning across the country.

Some of the salient highlights and achievements of the Conference since 2014 is as follows.

A. Presence of PM and UHM during the entire DGsP/IGsP Conference: Since 2014, the Hon’ble PM has been attending all the business sessions during the entire Conference besides giving medals to the PPM awardees of Intelligence Bureau. This has given opportunity for DGsP of States/UTs to have one-to-one interaction with Prime Minister resulting in convergence of views on crucial challenges faced by the country and emergence of doable recommendations. Prior to 2014, the PM’s presence in DGsP/IGsP Conference was limited to PPM investiture ceremony and one address to the participants.

B. Sessions/topics: On the directions of the PM, the number of sessions/topics have increased significantly since 2014, with focus on improving day to day policing in service of people. Besides discussing national security issues, focus has also been given to improve policing on the ground and issues like community policing, law and order and Police image are deliberated during the Conference.

On the suggestion of the PM to make it more broad-based, Guest Speakers and subject experts as well as professionals from different fields are invited to share their knowledge/expertise in new fields with attending Police officers. The topics for discussion are also finalised after collation of suggestions received from all stakeholders.

D. Venue: On the suggestion of Hon’ble PM, the venue of the Conference was shifted outside Delhi in 2014, for the first time in the history of Conference. Since then, the Conference has been held in different parts of the country. Staying together of the VVIPs and delegates during the Conference and their joint participation in various engagements instilled espirit de corps and provided opportunity for informal interaction among them. Prior to 2014, the Conference was only held in Delhi.

This year because of the COVID-19 pandemic, first time Conference is being held virtually. Taking this opportunity, the participation of the officers from States/UTs have increased to make it more broad based. Significantly this year, officers from Police Stations and the district level had also become part of the deliberations.

To promote capacity building of Police personnel in the field of scientific investigation, the National Forensic Science University (NFSU) and Raksha Shakti University were established. All States have been encouraged to affiliate their training colleges/institutes as well as forensic laboratories with the above institutions to build scientific temper among cutting edge Police personnel.

Due to regular monitoring by the Prime Minister during the Conference, various community engagement and outreach programmes are frequently undertaken by Police forces across the States to improve Police-Public relationship and achieve public trust.

G. Cyber security and cybercrime initiatives: The Prime Minister has always stressed capacity building among the Police forces to tackle the growing menace of cybercrimes and ensuring cyber hygiene among all stakeholders. In compliance of the PM’s direction, a Cyber Coordination Centre (CyCord) was formed to coordinate cybercrime response of Centre and State Police forces. It has brought industry experts, academicians, cyber professionals and law enforcement officers on the same platform. Further, Cyber Safe portal, meant for synergising cyber financial crimes response of LEAs was launched. MHA also established I4C (National Cyber Crime Reporting Portal) to help LEAs reach out to cybercrime victims across the country.

H. Focused action against Drug Trafficking: On the direction of the Prime Minster, a National Coordination Centre (NCORD) as well as a Joint Coordination Committee (JCC) were constituted by MHA comprising various stakeholders at Centre and State level for collection of actionable intelligence and coordinated action against the drug cartels and network operators of drug trafficking.

I. Left wing extremism: The PM suggested coordinated action and joint exercises by different States against LWE on inter-state borders, resulting in formation of a Joint Task Force (JTF) by MHA in LWE affected States. This has led to significant achievements on the LWE front and has successfully curtailed the activities of Naxals in their erstwhile strongholds.