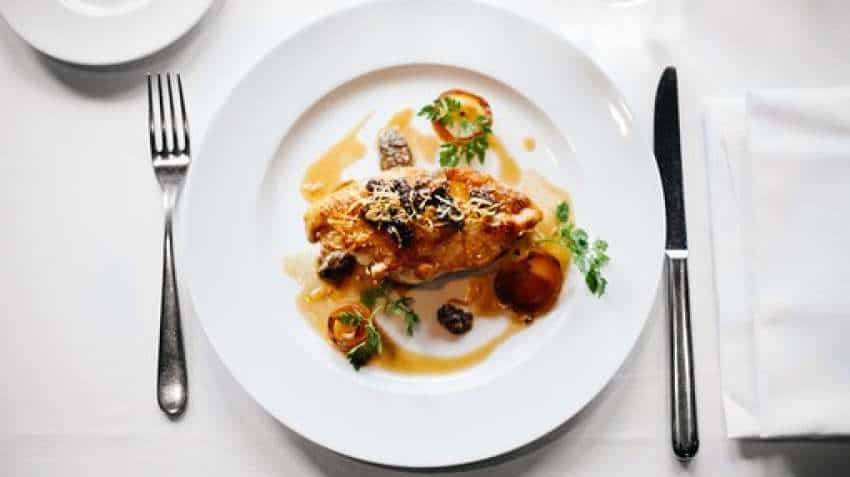 Although, not much has changed in the top ten list, just a little bit of re-suffle in the existing list. While the United States got 4 more names in the Top 100 from last year. Image source: Pixabay
Written By: ZeeBiz WebTeam
RELATED NEWS

With the names of the world's 100 best restaurants revealed, Delhi's Indian Accent holds the 90th position. Located at the Lodhi Road of the Capital, the restaurant serves Modern Indian cuisines. Some of the most popular dishes served by the restuarant are Brownie, Sangria, Butter Chicken Kulcha, Scallops not to mention its amazing cocktails.

However, Osteria Francescana has been rated highly for its unique combination of tradition with modernity and philosophical conceptions with obsolete flavour. Coming to the options served by the 2nd best restaurant of the world are cuisines ranging from the Mediterranean to European, vegetarian-friendly to gluten-free options.

Mirazur, Menton of France, Eleven Madison Park of New York and Gaggan of Bangkok hold the third, fourth and the fifth position respectively. New York's Madison Park which held the top position, last year has been descended to the 4th position in the current list.

Although, not much has changed in the top ten list, just a little bit of re-suffle in the existing list. While the United States got 4 more names in the Top 100 from last year, Mexico added two more restaurants in the top 15, which has 20 entries last year.

William Reed Business Media prepares the list every year with the votes of more than 1,000 restaurateurs, chefs, food writers, and gastronomes. Voting was conducted in 26 regions around the world, each having a panel of 40 members of its own. The list was announced at an event in Bilbao, Spain.

Started in 2002, this award serves as a major part in the growth of the business. Good ranks tend to dramatically increase the number of visitors to the website that eventually leads to the increase in the number of bookings of the restaurants.