Delhi transport strike today over traffic fines! Services to be hit across Delhi-NCR; many schools to stay shut

The transport operators are protesting against the hefty fines under the new MV Act, besides harassment and extortion by the police officials. 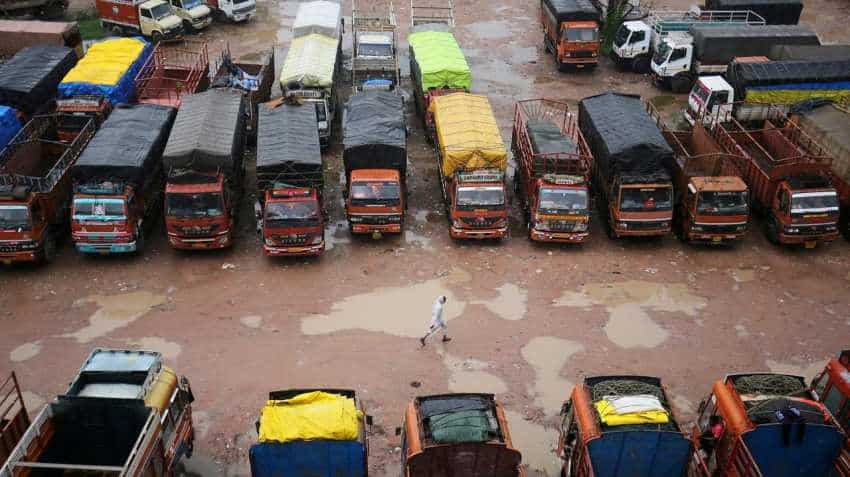 The strike is likely to affect the transport services across Delhi-NCR, including in Ghaziabad, Noida, Meerut, Faridabad and Panipat. Representational Image, source: Reuters
Written By: ZeeBiz WebTeam
Edited By: Harish Dugh
RELATED NEWS

Delhi transport strike today: Protesting the crackdown on traffic violations under the new Motor Vehicles Act 2019, the Noida Transport United Front (NTUF) today gave a call for strike across Delhi-NCR against the anti-transport and trade policies of the Centre as well as state government. Notably, the UFTA, which gave a call for the strike, is a joint front of transport associations and unions in the Delhi-NCR.

As many as 12,000 NTUF members are likely to join the protest at Sanjay Gandhi Transport Nagar in Delhi around 5 pm today.

The transport operators are protesting against the hefty fines under the new MV Act, besides harassment and extortion by the police officials. Truck drivers and owners of commercial vehicles met at the Noida Stadium on Monday, and announced their decision to participate in the strike on Thursday.

Meanwhile, several schools in Delhi-NCR are likely to remain closed today, following the transport strike. Parents received messages from schools informing them that educational institutes will be closed on Thursday.

Bharat Arora, general secretary of the Action Committee of unaided recognised private schools, reportedly stated that most of the schools have announced that they will remain closes due to the strike of transporters.

The strike is likely to affect the transport services across Delhi-NCR, including in Ghaziabad, Noida, Meerut, Faridabad and Panipat.