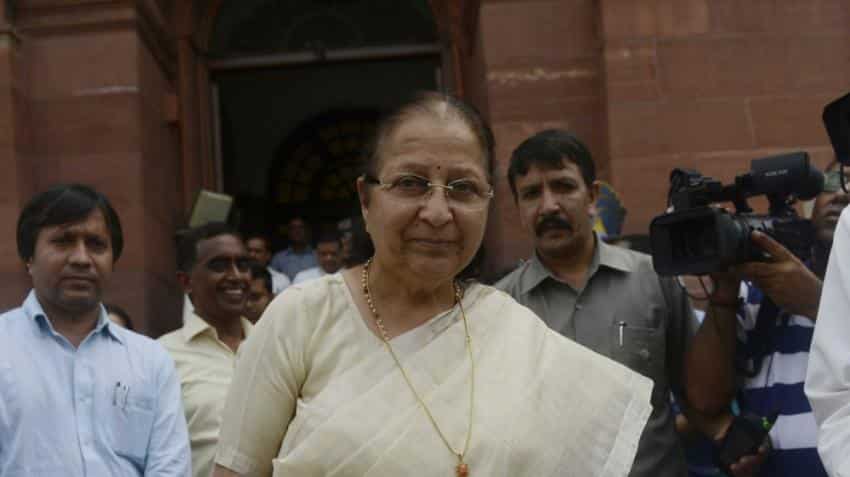 The Government of India on Monday will discuss amended bill in the Lok Sabha in order to strengthen the debt recovery laws with an aim to improve the ease of doing business in the country.

Finance Minister Arun Jaitley introduced the Enforcement of Security Interest and Recovery of Debts Laws and Miscellaneous Provisions (Amendment) Bill, 2016, in the Lok Sabha on May 11 this year.

Following the introduction, the bill was referred to a Parliamentary Joint Committee.

According to the Lok Sabha schedule of legislative business, the Enforcement of Security Interest and Recovery of Debts Laws and Miscellaneous Provisions (Amendment) Bill, 2016, as reported by Joint Committee is listed for consideration and passing on Monday.

The bill seeks to amend four legislations as follows:

1.Securitisation and Reconstruction of Financial Assets and Enforcement of Security Interest (SARFAESI) Act, 2002

2. The Recovery of Debts due to Banks and Financial Institutions Act, 1993  (RDDBFI)

According to PRS India release, the bill proposes to amend the SARFAESI Act, which allows secured creditors to take possession over a collateral against which a loan had been provided upon a default in repayment.

Besides, it empowers the District Magistrate to assist banks in taking over the management of a company, in case the company is unable to repay loans.

The SARFAESI Act states to create a central registry to maintain records of transactions related to secured assets.

The bill once passed will create a central database  to integrate records of property registered under various registration systems with the central registry, which includes integration of registrations made under Companies Act, 2013, Registration Act, 1908, and Motor Vehicles Act, 1988.

Once the bill comes into force, secured creditors will not be able to take possession over the collateral unless it is registered with the central registry. In addition, secured creditors after registration of security interest, will have priority over others in repayment of dues.

There have been concerns on loan recovery into the country's banking system and the government's move to pass this bill will empower Reserve Bank of India (RBI) to regulate the asset reconstruction companies (ARCs).

The bill will empower the RBI to examine the statements and any information of asset reconstruction companies (ARCs), to carry out audit and inspection of these companies and to penalise a company if the company fails to comply with any directions issued by it.

It provides the stamp duty exemption on transactions undertaken for transfer of financial assets in favour of asset reconstruction companies.

As far as an amendment to Recovery of Debts due to Banks and Financial Institutions Act, 1993 (RDDBFI) Act is concerned, the bill will allow banks to file cases in tribunals having jurisdiction over the area of bank branch where the debt is pending.

It will further provide details of procedures which the tribunals will follow in case of debt recovery proceeding such as the  requirement of applicants to specify the assets of the borrower, time limits for the completion of some of these procedures, among others.