Investors must note that Yes Bank's shares have now dropped for the fifth-consecutive day, and seen decline of nearly 28% in five days! 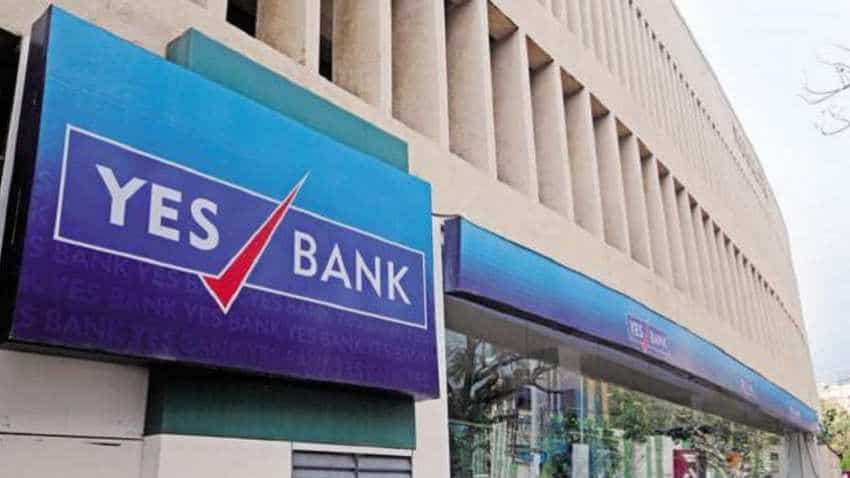 Everything is scattered in Yes Bank following back-to-back negative ratings from major agencies. All those efforts of keeping investors faith intact since the announcement of their chief Rana Kapoor's exit, have just gone waste! In fact, Yes Bank shares have burst like bubble! The nightmare of Yes Bank investors continues to get worse after initially being sparked nearly three months ago. No bank has seen such a reaction by the stock after a CEO's exit. Even Axis Bank, whose CEO met with a similar fate at the hands of the RBI, did not face so much heat from scared investors. Three ratings from three different agencies, which painted  a similar dark view picture of Yes Bank have further hit this bank's shares, virtually turned them  upside down. Today, once again a new low was touched by Yes Bank of Rs 147 per piece on Sensex. However, at around 1143 hours, the bank was trading at Rs 149.95 per piece down by Rs 11.75 or 7.27% on the index. Yes Bank shares are dropping even as the clock winds down on Rana Kapoor's final exit. Yes Bank has now hit a new low of Rs 150.65 per piece today, then within few minutes time it reached another all-time low of Rs 150.35, soon a new low of Rs 149 and now it has finally hit a 52-week low of Rs 147. Hence, today, Yes Bank has tumbled by 9.09% alone against previous price.

Investors must note that Yes Bank's shares have now dropped for the fifth-consecutive day, and seen decline of nearly 28% in five days!

But in a year, the beating suffered by Yes Bank share price is breathtaking. The company has now plunged by a whopping 63.61% on Sensex compared to its all-time high of Rs 404 per piece which was witnessed on August 20, 2018! Yes, you read that right!  This means, Yes Bank has more than halved in just three months time.

Moody's, ICRA and CARE have downgraded their ratings in Yes Bank in past two days. This is what they fear for Yes Bank.

Moody's raised a red flag on Yes Bank, by downgrading  the bank's outlook ahead with a negative opinion on November 27.

Giving rationale to their rating, Moody's raised concerns over corporate governance. The agency considers the resignation of various members of the bank's Board of Directors -- which, when seen in conjunction with the Reserve Bank of India's (RBI) directive in September 2018 to restrict the term of the bank's MD&CEO as well as founder, Rana Kapoor, till 31 January, 2019.

Right after its parent's outlook on Yes Bank, ICRA acted with another negative outlook immediately the next day on November 28.

ICRA had earlier placed the long-term ratings of YBL on watch with negative implications on November 16, 2018,  subsequent  to  which  one  more  independent  director  has  resigned  from  the  board  of  the  bank. The rating  downgrade  considers  the  series  of  resignations  from  the  board of  directors,  which  raises  concerns  on  corporate governance at the bank.

ICRA had earlier highlighted that these developments will adversely impact the YBL’s ability to raise  capital,  which  otherwise  were always  factored  in  as  one  of  the  key  credit  strengths.

Notwithstanding  these developments,  ICRA  takes  note  of  the  stability  in  the  deposit  base  and  liquidity  profile  of  the  bank,  with  no  significant change in the deposit levels of the bank between August 2018 and November 2018.

Further ICRA added, "  will  continue  to  monitor  the  progress  made  by  bank  on  the  appointment  of  new  MD&CEO,outcomes  of  the  risk supervision audit by the regulator, capital raising to improve the capital cushion and any further developments which may impact the credit profile."

CARE's ratings continues to be on ‘credit watch with developing implications’ on Yes Bank.

Revision in the ratings of various debt instruments of Yes bank Limited (YBL) factors in the moderation in the core capital of the bank and challenges that the bank may face in raising equity capital over the medium term. Adequate capitalization coupled with strong capital raising ability was one of the key rating strengths of the bank which in view of the current developments seem to be impacted resulting in moderation in the financial flexibility of the bank.

Earlier, the ratings of YBL were put on ‘credit watch with developing implications’ on account of the communication from the Reserve Bank of India (RBI) restricting the tenure of the current Managing Director and Chief Executive Officer (MD & CEO) Rana Kapoor, till January 31, 2019, as against the three year extension approved in June, 2018 by the shareholders. The bank had appointed a ‘Search and Selection Committee’ to identify the new MD & CEO for the bank in accordance to the RBI’s communication.

The ratings of YBL factored in experienced management and considering that  Kapoor is
a founding director and has been a key management person for the bank since its inception and had played an instrumental role in the bank’s growth; identification and selection of the successor for  Kapoor would be critical for the future prospects of the bank.

CARE Ratings has also taken note of the resignation of independent directors, including the Independent Chairman of the Board, in quick succession posing leadership challenges for the bank.

Further, CARE will also review the ratings of the bank in case of any adverse impact on asset quality and subsequent impact on performance of the bank based on Risk Based Supervision (RBS) report for FY18 from RBI.

Considering the above, Yes Bank really needs to find a suitable successor of Rana Kapoor, along with a very strong management. The bank needs to make sure the capabilities of new CEO must be something that markets and RBI are eyeing for. The uncertainties in Yes Bank, must come up with a new long term solution by the new CEO & MD.