De De Pyaar De box office collection: The Akiv Ali directorial venture remains stead after a surge in the collection during the weekend. 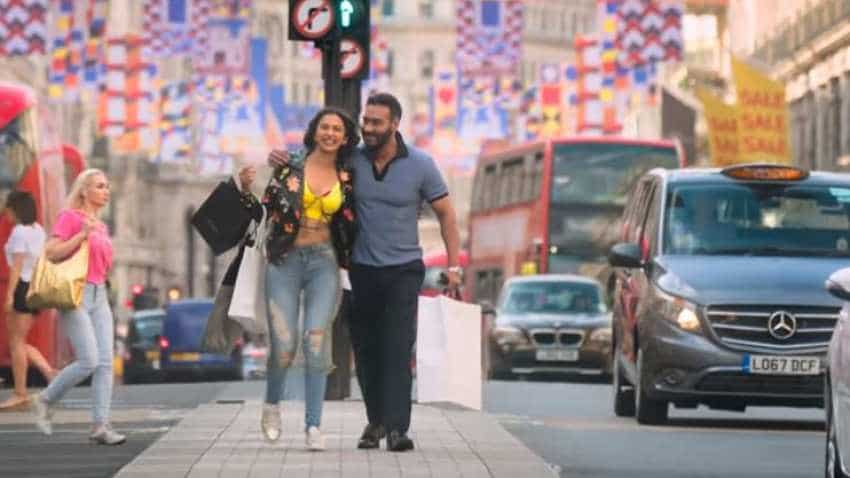 De De Pyaar De box office collection: The Akiv Ali directorial venture remains stead after a surge in the collection during the weekend. The movie earned Rs 6.1 crore on Tuesday and Rs 6.19 crore on Monday, taking its overall collection past Rs 50 crore. The earnings on Saturday and Sunday surged to Rs 13.39 crore and Rs 14.74 crore, respectively. The film, which has Ajay Devgn, Tabu, and Rakul Preet Singh in the lead roles, had opened on a weaker note, collecting only Rs 10.41 crore.

By Day 5, it has collected over Rs 50 crore. The collection has been steady during the weekdays and if this trend remain intact then earnings may go much further.  Despite the film was released in the middle of Lok Sabha elections 2019, earnings remained steady.

The movie has received applause from the audience and mixed reaction from the critics. However, the acting of Ajay Devgn, Tabu, and Rakul Preet Singh has been appreciated by all.

De De Pyaar De is the story of a businessman Ashish, who is in his 50s, played by Ajay Devgn, falls in love with a 26-year-old engineer Ayesha, played by Rakul Preet Kaur. The film revolves around how their families react to this relationship.