Dalal Street investment call: Should you sell or buy today? These stocks can be your best bet

Coming back to Friday's(today) trading session, one can expect the benchmark indices to continue the positive trend in Dalal Street. The momentum in Sensex and Nifty today can be attributed to the robust performance given by global peers. 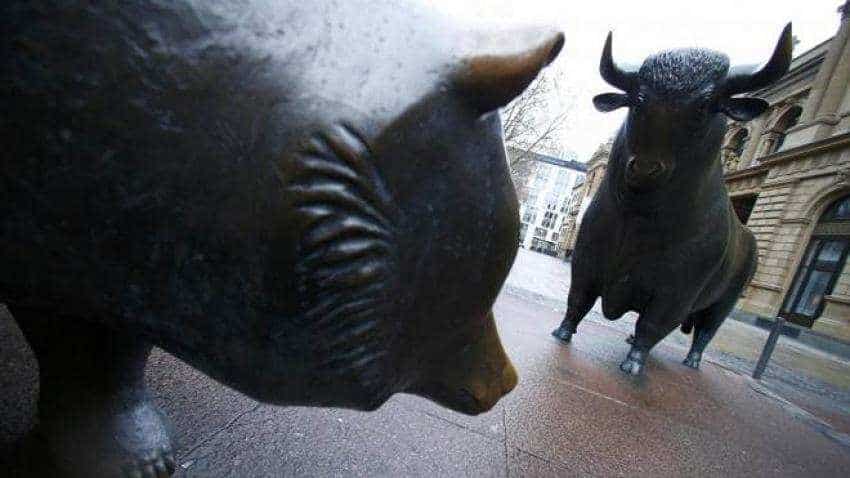 According to Reuters, Asia stocks inched higher on Friday after Wall Street ended volatile trade in the green, adding to the massive gains of the previous session although lingering investor jitters helped support safe-haven currencies such as the yen.

MSCI`s broadest index of Asia-Pacific shares outside Japan rose 0.3 percent. It has dropped by almost 4 percent so far in December.

Whether Indian markets follow the trend of global peers today will be keenly watched. For now many investors would be preparing themselves for placing thier bets on exchanges. Equities are one of the bestest form of investment. Although investment in stocks come with certain risks, yet it is seen to give massive returns in long term.

If you are planning to make any buying or selling in stocks during today's trading session, then here's some analysts call which can help you view your investment better.

Ashok Leyland: Analysts at Stewart Mackertich initiated coverage on Ashok Leyland (AL) with ‘Accumulate’ rating. They said, " We value Ashok Leyland on a SOTP basis after putting 50% weightage on both the probable scenarios [with Scrappage Policy & without Scrappage Policy] and the Target Price for one-year horizon is INR113 per share where the value of the
standalone earnings that involves LCV business is INR102.4 per share and value of Leyland Finance is INR10.3 per share."

In Stewart's view, "However, due to implementation of BS VI emission standard on CV prices are likely to move up by around 8-10% and as a result pre-buy is likely to set in FY20 to avoid higher prices. So, a volume de-growth in FY21 is highly expected which is likely to create a drag on its operating performance. But the implementation of scrappage policy is likely
to create additional demand of ~300,000 CVs from FY21 onwards and it is expected to provide traction to some extent to the falling volume from FY21 onwards."

On the other hand,  Emkay analysts on Ashok Leyland downgraded their rating to Hold from Buy; Cut TP to Rs 113 from Rs 152. Accordint to them, channel check indicate a reversal in MHCV sales cycle driven by surplus capacity, increasing cost of ownership, selective financing by NBFCs and high base. Further, product mix turned adverse after implementation of new axle-load norms. Additionally, competitive intensity increased due to subdued volumes and aggressive marketing by Tata Motors

According to Bloomberg Quint Radar, following are the investment calls for today.

Cash flows to remain stretched for the foreseeable future

Mgmt. says availability of liquidity is not concerning for 2Ws, but channel inventory is high

Mgmt. to focus on features over pricing as a sustainable business strategy