Yes, you can add cricketing analogies to equities on Dalal Street! Especially when these stocks have relatable star-performing quality like MS Dhoni and Shikhar Dhawan. 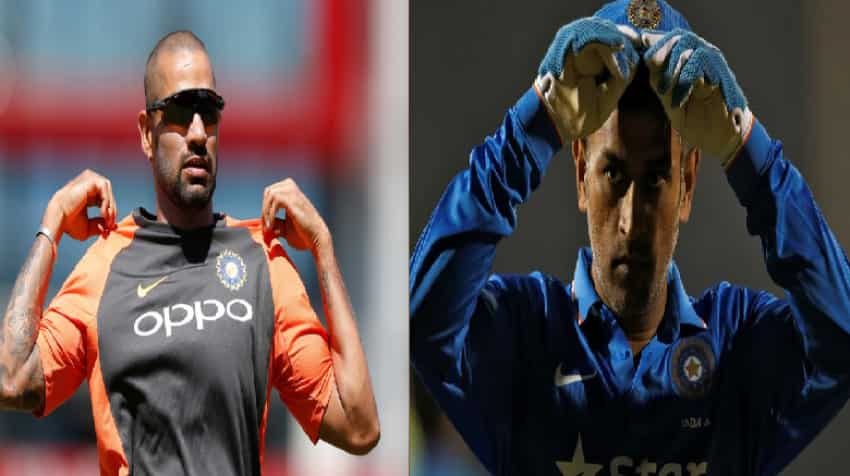 The ICC Cricket World Cup 2019 has started with England facing South Africa at The Oval in London. Photo: Reuters

The ICC Cricket World Cup 2019 has started with England facing South Africa at The Oval in London. However, Indian fans can watch Team India competing against South Africa on June 06,2019. The team sent to the ICC World Cup is very strong, with every member having unique skills and capabilities. If one gets vowed by Pandya brothers outstanding sixes and wickets, then one gets mesmerized by Bhuvneshwar Yadav, Jasprit Bumrah and Yuzvendra Chahal’s bowling skills. Meanwhile, all are expecting tons of runs to flow from the bats of captain Virat Kohli as well as Rohit Sharma as these 2 are top batsmen. Add to that the fire-power of MS Dhoni and Shikhar Dhawan. However, indisputably, the same kind of skilled manpower is available in rival teams and therefore, the World Cup is nothing short of one big Game of Thrones serials!

Yes, you can add cricketing analogies to equities on Dalal Street! Especially when these stocks have relatable star-performing quality like MS Dhoni and Shikhar Dhawan. Zee Business TV report has analysed Dhoni's and Dhawan's games  and identified two stocks that have much in common with them. These are Coal India and FMCG-major ITC. How? Well let’s see!

Zee Business TV report highlights that MS Dhoni is among the most senior players currently in Indian team. His knowledge and skills have been commendable. Just like that,  Coal India is currently the largest coal producer in India. Further, Dhoni has provided great inputs for captain Kohli every time difficult decisions on field. The state-owned coal company has been quite a colossus in in corporate India for decades.  Also, Dhoni's batsmanship as well as glove-work have never disappointed the team or the fans when it comes to taking wickets as well as scoring runs. On similar lines, Coal India has been generous when it comes to dividends.

A little more about Dhoni: Remember when Dhoni hit his trademark helicopter shots and  the crowd would roar with joy? You might be one of them as well. But, Dhoni’s skills are not limited to that, he was the first captain to lead India and win the World Cup in 2011 - after 3 decades. The last time was in 1983, when India won the world cup under the leadership of Kapil Dev. Further, Dhoni also holds records like most wins by Indian captain in tests, ODIs and T20Is.

Coal India has also created some magic on D-Street and as a result experts have given it their buy rating. JM Financials in its research note said, “Coal India is in a sweet spot stable with stable to high volume growth possible in 4-5 years which will inherently help drive earnings. CIL can potentially grow production/offtake by over 7% per annum, given ample demand and large opportunity to substitute current coal imports, limited only by constraints to its own production or logistics.”

“We expect power demand would be stable given the mixed view on the Monsoon forecast in the near term. Coal demand in our view, should continue to grow at 7% for next 2-3 years. Given stable power demand, coupled with new plant additions (5GW p.a from NTPC alone), we envisage strong offtake growth for CIL in FY19-21,” said the note.

Also, the note explained that, coal imports could continue despite a 6-7% growth in CIL production because of large under-utilised thermal capacity and 48GW of under construction coal plants that would also require coal stocking, coupled with stable power demand. Commissioning of under-development railway corridors should further help growth off-take.”

Shikhar Dhawan is one of the best opening batsmen. He has some amazing, out-of-this-world shots that he has conjured up out of nowhere. ITC too has done the same. From being dependent on its cigarette business, the company has diversified into FMCG successfully. It has a market cap of Rs 3.5 lakh crore. Considering Dhawan's experience, ITC is also a gem. The company has been in service for over 10 decades, and hence is considered very reliable. Dhawan has strike rate of 94, while ITC has been in field of its sector since 1910 having an age of 109 years.

ITC has also turned some stones into gold. The outlook ahead for this FMCG-player is also positive. CLSA said, “ITC’s cigarette business is on a path for a volume recovery, which is important given the severe pressure the past decade. With a decent trend in GST collection, we do not expect sharp hikes in tobacco taxes. Its current valuation, at 26x FY20CL PE, is attractive and we reiterate our BUY recommendation.”

Abhijeet Kundu, analysts at Antique Stock Broking Limited said, “We expect cigarette volume growth at 5% during FY20 and 4% in FY21, while we expect price hikes to aid cigarette realization growth. Further we expect cigarette profit margins to improve during 2HFY20, led by moderation in input cost (leaf tobacco and cigarette capsules). Currently, we have marginally reduced our EPS forecast for FY20e and FY21e by 1% and 1.5%. We maintain BUY recommendation on the stock in view of reasonable valuations, PER of 25.7x FY20e and 23.1x FY21e.”

Further, Rajeev Anand, Research Analysts at Narnolia Financial Advisors said, “Going forward, company’s thrust on aggressively launching new products, venturing in to new categories and investment in existing brand in other FMCG business is expected to drive the revenue growth. The company is strategically reducing its dependence on cigarettes and investing in new growth drivers while improvement in operating leverage and cost efficiency measures taken by the company is likely give cushion to the overall margin. For, cigarette business decisive pricing action is needed however stable tax outlook makes us positive on ITC. We have kept our sales and PAT estimates for FY20e largely unchanged and maintain our ACCUMULATE rating with the same target price of Rs 340.”

Hence, let the magic of Dhoni and Dhawan, reflected in these two stocks, add money to your kitty too.