Covid 19 restrictions in your city: Covid 19 infections have been hitting fresh highs on daily basis. Maharashtra continues to lead the the chart in terms of number of coronavirus being recorded. 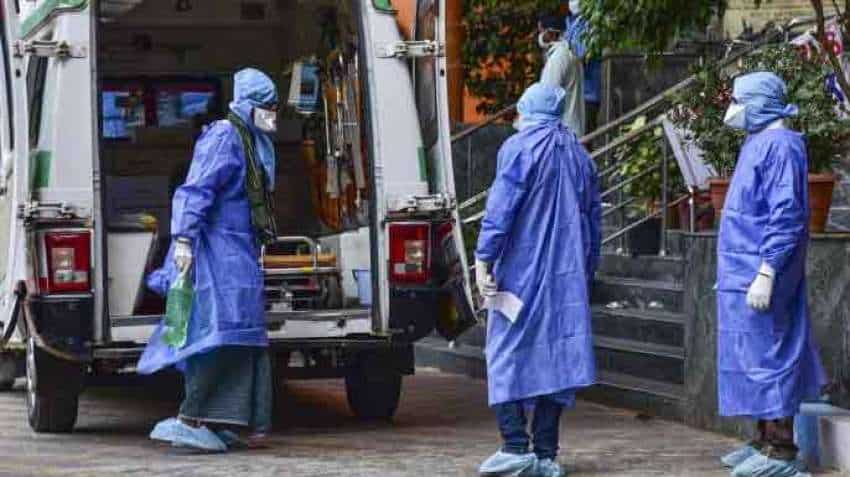 This sudden hike in Covid 19 infections have made the authorities concerned to reconsider the startatgies and as a result of this most of the states have come up with stricter guidelines for Covid 19. Source: PTI
Reported By: ZeeBiz WebTeam
Written By: ZeeBiz WebTeam
RELATED NEWS

Covid 19 restrictions in your city: Covid 19 infections have been hitting fresh highs on daily basis. Maharashtra continues to lead the the chart in terms of number of coronavirus being recorded. Howevr, almost all states have seen suge in the Covid 19 cases in the second wave. Coronavirus cases across the country is nearing 1.5 lakh figure now. This sudden hike in Covid 19 infections have made the authorities concerned to reconsider the startatgies and as a result of this most of the states have come up with stricter guidelines for Covid 19. Night curfew is back and so is partial lockdown in certain states.

Even Prime Minister Narendra Modi held a meeting with Chief Ministers on the current COVID-19 situation. The Prime Minister though assured there was no need for lockdown for now, he said that there is a need to work on war footing again to fight against the pandemic. "A challenging situation is emerging again. I request you all to give your suggestions to tackle the COVID-19 situation," he said.

Lets look at restriction by imposed by states and cities in the view Covid 19 pandemic.

Uttar Pradesh imposed night curfew in makjor cities. Night curfew has been imposed in Lucknow, Varanasi, Kanpur, Prayagraj, Gautam Buddha Nagar (Noida), Ghaziabad, Bareilly and Meerut. While most of the state is free from restrictions, night curfew have been imposed in Gautam Buddha Nagar (Noida) and Ghaziabad from 10 pm to 5 am, and Lucknow Municipal Corporation has ordered a night curfew, starting from 9 pm to 6 am, from April 8 to April 16.  The order exempted the government, semi-government professionals and essential services workers. Schools and other educational institutions, except medical and nursing colleges, in the state have been closed till April 15.

Madhya Pradesh: Taking stricter note of Covid 19 cases, Madhya Pradesh Chief Minister Shivraj Singh Chouhan on Thursday (April 8, 2021) announced to impose weekend lockdown in all the urban areas due to rise in COVID-19 cases. The weekend lockdown will be enforced from 6 pm on Friday to 6 am on Monday. In the past three weeks, the state government has imposed lockdowns in Bhopal, Indore, Jabalpur and Gwalior on Sundays and extended the curbs to some other cities last Sunday. Additionally, a seven-day lockdown has been ordered for the entire Chhindwara district from April 8.

Delhi: Arvind Kejriwal- led Delhi government on Tuesday (April 6, 2021) decided to impose a night curfew to curb the COVID-19 spread. The night curfew has been imposed in the national capital from 10 pm to 5 am with immediate effect till April 30.  If anyone requires to go out during the night curfew orders they will require an e-pass, which can only be obtained from the Delhi government's website www.delhi.gov.in. However, the order also states that individuals of certain professions like those involved in essential services will be exempted from these restrictions. Adding to this, the order also exempts pregnant women, patients and those travelling to airports, railway stations or bus terminals on showing their tickets.

Punjab: In Punjba, Chief Minister Captain Amarinder Singh on Wednesday (April 7) extended the night curfew, which is in place from 9 pm to 5 am, across the state. The state has also banned political gatherings till April 30. The authorities have also capped the number of people who can attend funerals and weddings has been reduced to 50 people in indoors halls and 100 for outdoor functions. Schools and other educational institutions, except medical and nursing colleges, in the state have been closed till April 30.

Gujarat:The Gujarat government on Tuesday announced a night curfew, in 20 cities and eight metros in the state, from 8 pm to 6 am. The major events will be postponed until April 30.Government offices will remain closed on all Saturdays for the month of April. Also, a gathering of not more than 100 people will be allowed at weddings.

Odisha: The Odisha government on Saturday announced that night curfew would be imposed in 10 districts with effect from April 5. Curfew has been imposed from 10 pm to 5 am in Sundergarh, Bargarh, Jharsuguda, Sambalpur, Balangir, Nuapada, Kalahandi, Malkangiri, Koraput and Nabarangpur districts.

Rajasthan: The Rajasthan government has reportedly imposed night curfew from Monday (April 5) and ordered the closure of multiplexes and gymnasiums.  The night curfew will remain in force from 8 pm to 6 am, in which food delivery will be allowed while dining at restaurants and hotels has been prohibited. Schools for classes 1 to 9 have been suspended from April 5 to 19. For college students, except those studying in final-year, classes will remain suspended for the above period. The number of people at social gatherings has been restricted to 100 in the state. COVID-19 tests, not more than 72 hours old, have also been made mandatory for travellers entering the state.

Chhattisgarh: The Chhattisgarh government has announced a lockdown in the Raipur district with effect from April 9 to 19 and has declared the entire district, including the state capital, as a containment zone. Even the offices of Central, state governments, semi-government as well as private offices including banks are directed to remain closed. Hospitals and ATMs will operate as per usual in the area. Delivery of commodities like milk, newspapers and LPG cylinders will be allowed from 6 am to 8 am and between 5 pm and 6:30 pm.