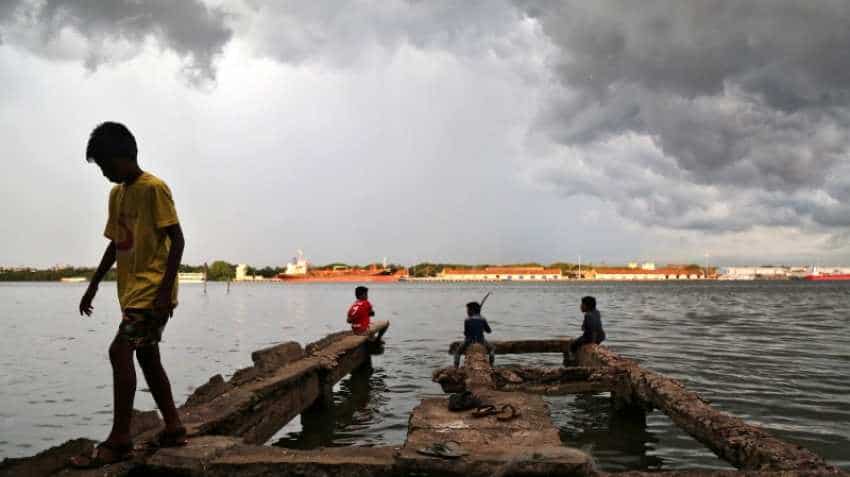 A red-coded warning has been issued for the Konkan and parts of Gujarat for July 17. Image source: Reuters

The country-wide monsoon deficiency has dropped to five per cent but has risen to 30 per cent in east and northeast India, according to IMD data. The southern peninsula and central India have been witnessing good rains. The two regions gauged 17 and 7 per cent more precipitation than the normal limit.

A red-coded warning has been issued for the Konkan and parts of Gujarat for July 17.

The IMD has a colour coded weather warning system. Red signifies ?warning? and demands necessary action by different agencies. Amber asks people to remain alert. The yellow code is for keeping a watch on the situation and the green code means "no warning".

The monsoon trough continues to remain active in the next three days, the MeT department said.

"A well-marked low pressure area lies over northwest Bay of Bengal and adjoining Odisha. The system is very likely to move westwards across central India, thereby enhancing the rainfall over Odisha, Chhattisgarh during next 48 hours and over Maharashtra on July 16 and 17," the IMD said.

On July 16, ?heavy to very heavy rain with extremely heavy falls? are very likely at isolated places over Gujarat, Chhattisgarh and Goa.