Consumer demand may soar by 40% this festive season: Report

Rural demand is adding to the festive fervour, as  good  monsoon has boosted confidence among the farmers and farm labour. 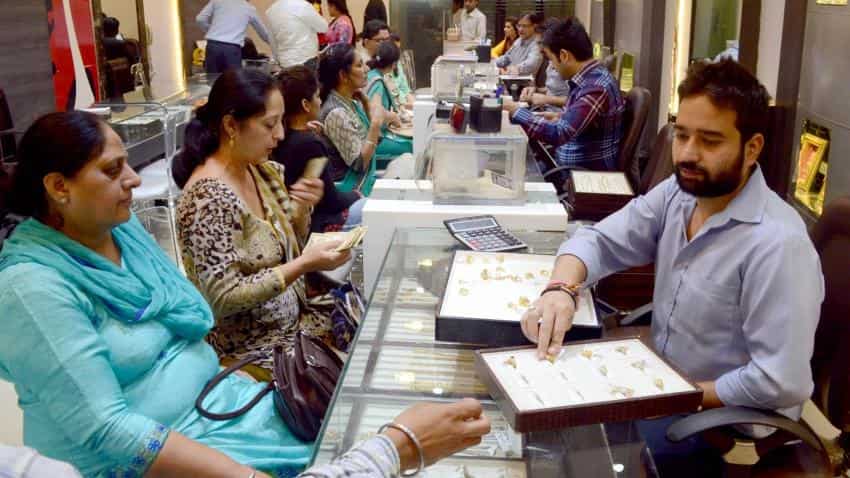 Customers shopping for jewellery during the festive season. Photo: IANS

Riding high on an uptick in the economy and improving perception of job prospects, coupled with steady lowering of interest rates, consumer demand may soar 40% in the ongoing festive season, according to an Assocham report.

Rural demand is adding to the festive fervour, as good monsoon has boosted confidence among the farmers and farm labour. Clear demand pick up is visible in the sale of two-wheelers, jewellery and even consumer durables in the rural and semi-rural areas in most parts of the country.

However, the demand for real estate and housing remains low key, the paper prepared by Assocham revealed.

The uptick in demand is seen clearly in the sale of automobiles including passenger cars, two-wheelers, mobile handsets, consumer durables and fashion wear. So far, the maximum push is seen in the eastern and western region while the northern region is expected to pick up in the run-up to Diwali, the survey pointed out.

Kolkata and other major cities in the east have witnessed a splurge on Durga Puja shopping while the western cities of Maharashtra and Gujarat have seen good rush of shoppers during Navratri.

Delhi and other north Indian cities would pick up pace in the next few days in jewellery buying, apart from consumer durables.

The poll estimates about 20% increase in spend on groceries; 52% increase in budget apparels, about 32% spend on lifestyle and fashion accessories in the next three months.

"Green shoots in the economy are giving a lot of confidence to consumer demand, which hopefully would lead to an appetite for fresh investment after a brief lag," Assocham Secretary General D S Rawat said.

In case of mobile phones and other electronics, consumers will re-look into various brands and their offerings, especially in terms of the value proposition, before making the purchase decision.

The survey noted that consumers living in big cities are increasingly taking to online shopping as e-commerce companies offer discounts, freebies and offers to boost sales.