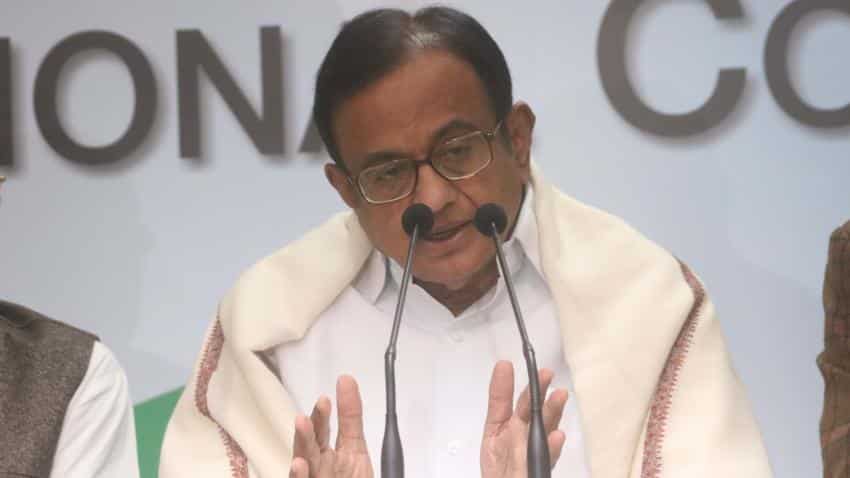 Former finance minister P Chidambaram, who feels the Union Budget for 2017-18 is "aimless and directionless", says the government should immediately cut indirect taxes across the board to revive the sagging economy.

He also said lack of creation of jobs for the youth is a powder keg and a small spark can lead to a large explosion. Resentment may not be visible but it can be a "silent killer".

"What is the overarching goal of this budget? It is aimless and directionless," said Chidambaram, who has presented nine Union Budgets in a span of nearly two decades.

"That (cutting indirect taxes) is a tried and tested and proven method of boosting economy. He could have easily cut between 4-8% (tax) across the board. It is only up to GST time and when GST comes, GST will take over. He had a window of about 8 months to cut indirect taxes. It would come into force from 1st of February and I don't think GST is going to come before October 1. So, he had eight full months to give a boost to economy by cutting indirect taxes," he said.

Asked if the finance minister should still cut indirect taxes now that the Budget has been presented, he said, "Yes, he should. Even now it is not too late."

"If you cut indirect taxes by 4-8%, there is going to be a revenue loss, I am not denying that. But just imagine the signal that would have gone to both producers and consumers. And if consumption rises much above the level of the cut, some of the cut will be made up. The idea is to boost consumption which in turn will boost production," he said.