Union Finance Minister Arun Jaitley met with his state counterparts today and discussed the GST legislation to be adopted by Union Territories. 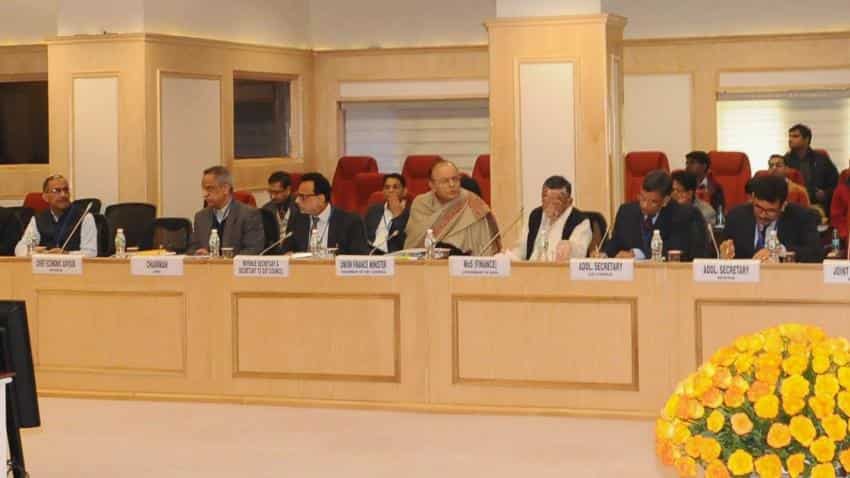 The GST Council at a meeting on Saturday broadly agreed on the contours of two key legislations - CGST and IGST - but a final approval is likely only by mid-March.

Union Finance Minister Arun Jaitley met with his state counterparts today and discussed the GST legislation to be adopted by Union Territories, but there was no discussion with regard to the State GST Bill.

"As many as 26 changes sought by the states have been accepted by the Centre. This shows the federalist character of India. CGST and IGST will come up for further discussion at the next meeting of the Council in mid-March," West Bengal Finance Minister Amit Mitra said.

Mitra further said both the Centre and states have agreed to provide a composition scheme to dhabas and small restaurants.

"States were seeking that dhabas and small restaurants can adopt the composite scheme. The Centre has agreed to that and now these small businesses will pay 5% tax (to be shared equally between the Centre and states)," Mitra said.

"Real estate should be brought under GST. Everybody knows that a lot of blackmoney finds its way into real estate and bringing real estate under GST will help in curbing black money," Sisodia said.

Jammu & Kashmir Finance Minister Haseeb Drabu felt that "some minor editorial changes" are required in the legislations and they have to be sent to the legal department again.

Mitra further said IGST, which relates to taxation of inter-state transfer of goods, the legislation will provide for cross empowerment of state and central officers.

"It has been agreed that there will be cross empowerment of states. Also, we did not want this as a notification, we wanted in the Act so that never in future can another council come and say states won't have power," Mitra stressed.