Petcoke is a carbonaceous solid, derived at oil refineries and in cracking processes. 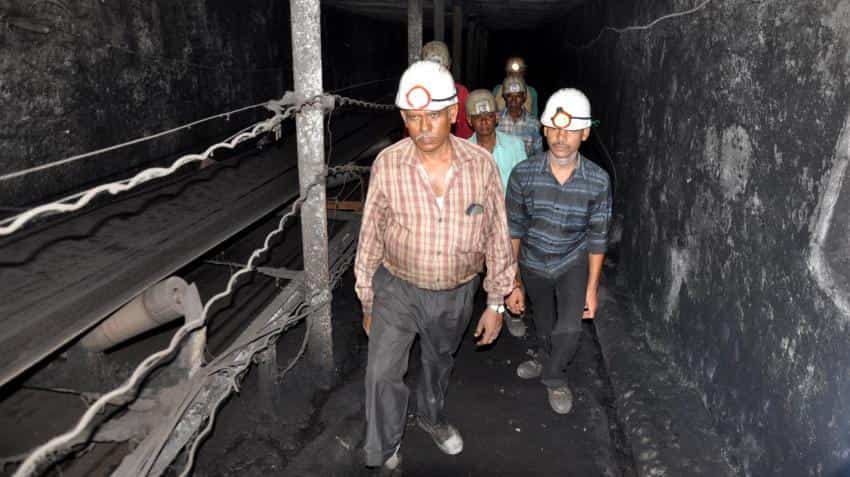 Fall in crude oil prices to under $50 per barrel has led to the cost competitiveness of petcoke. Photo: IANS

Cement companies in India have been increasingly using petcoke to fire their kilns instead of the fossil fuel, a Crisil Research report said.

Petcoke is a carbonaceous solid, derived at oil refineries and in cracking processes.

As per the report, after adjusting for petcoke's higher calorific value, it has replaced nearly 14 million tonne of coal which translates  foregone revenue of Rs 3800 crore (at Rs 2,800 per tonne) and
operating profit of over Rs 2000 crore (assuming Coal India’s average production cost) for domestic coal miners. Considering, Coal India has an inventory of almost 60 million tonne at the end of the year.

Prasad Koparkar, Senior Director, Crisil Research, in a note titled 'Petcoke penchant lands Rs 38 billion punch on coal miners', said, "What would worry miners more is that that cement companies consume high-grade coal, which is sold at a premium pricing. The shift to petcoke is also reflected in the muted interest shown by cement players in the linkage auctions held in June 2016. While Coal India offered 2.1MT per annum (mtpa) to cement producers, less than a third was purchased, that, too, with barely any premium.”

According to Crisil findings, in FY16, petcoke was cheaper by approximately 10% than coal and around 20% cheaper in the first half of FY17. Consequently, consumption at kilns surged, reaching 10MT last fiscal, and contributing to over half of the energy requirement of cement makers, compared with just 20% in FY11.

Fall in crude oil prices to under $50 per barrel has led to the cost competitiveness of petcoke.

Further, it was also helped by the levy of the Clean Environment Cess on coal, which was doubled in each of the last 3 years to Rs 400 per tonne in FY17. This pushed up the delivered cost of coal by more than 5%, the report added.

Rahul Prithiani, Director, Crisil Research, "Over the past 5 years, petcoke imports rose 10 times to 10 mtpa, with the last fiscal alone seeing 70% growth. The share of imports in domestic petcoke use surged from just 12% in FY11 to over 40% in 2016. It is also important to note that with domestic petcoke production set to decline due to in-house consumption by refiners, reliance on petcoke imports would increase further.”

Crisil researchers estimate that over the medium term, with the continuous favourable price competitiveness, petcoke usage at cement plants will elevate.