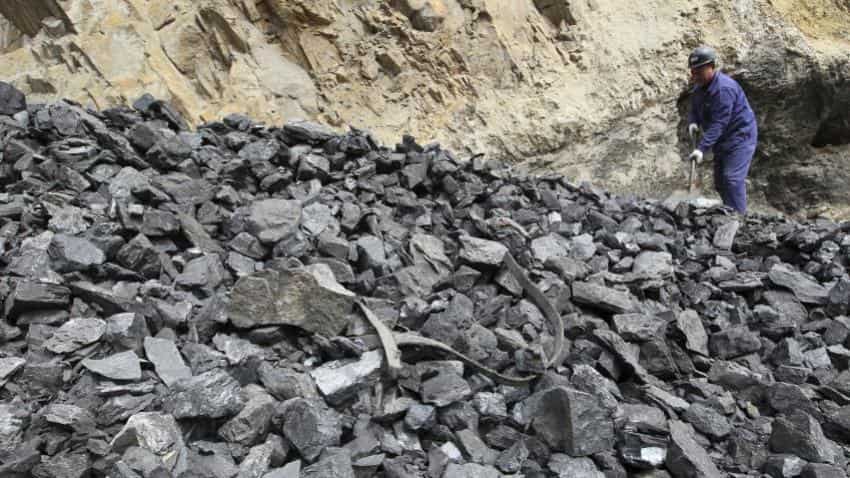 Representational photo of a coal mine. Photo: Reuters

India`s coal imports from North America quadrupled to 2.1 million tonnes in October from a year ago, the highest since at least January 2015, Thomson Reuters data showed, and buyers are looking to boost purchases amid a domestic shortage of the fuel.
A ban on the use of petroleum coke, a dirtier but better-burning alternative to coal, is spurring expectations India will buy even more coal from the United States in coming months.
Petcoke has been banned in some states around the Indian capital New Delhi which is battling heavy smog.
But rising pollution in other Indian cities could lead to tougher restrictions such as a nationwide ban on use and imports of petcoke, with environmentalists requesting other states in the country to consider banning the use and import of the dirty fuel.
Indian imports of North American coal, including supplies from Canada, stand at about 1.5 million tonnes from Nov. 1 to 20, ship tracking data on Thomson Reuters Eikon showed, already more than 70 percent of last month`s purchases.
"Every cement company is looking for an alternative to petroleum coke, and all of them are scrambling for U.S. coal," a senior executive from one of India`s top three cement companies told Reuters.
The executive had sold 70,000 tonnes of U.S. coal to a client, of which the client had paid for 30,000 tonnes. But the executive said he later took back the 40,000 tonnes that was still unpaid, after realising his own company might need it.
Cement companies account for nearly 75 percent of India`s annual petcoke demand of 27 million tonnes, according to trade data, and small industries such as lime manufacturers are also considering the use of U.S. coal, which is almost as efficent as petcoke.
A tonne of 6,900 kcal/kg U.S. coal now costs up to 8,200-8,300 rupees ($126-$128) on online coal marketplace CoalShastra, up from 7,100-7,200 rupees two weeks ago, said its founder Puneet Gupta.
The petcoke ban may deter Prime Minister Narendra Modi`s plan to cut India`s coal imports, which have risen in the past two months.
Vessel-tracking and port data compiled by Thomson Reuters Supply Chain and Commodity Forecasts show that India imported 17.4 million tonnes of coal in October, up from September`s 16.1 million tonnes and the highest monthly total this year.