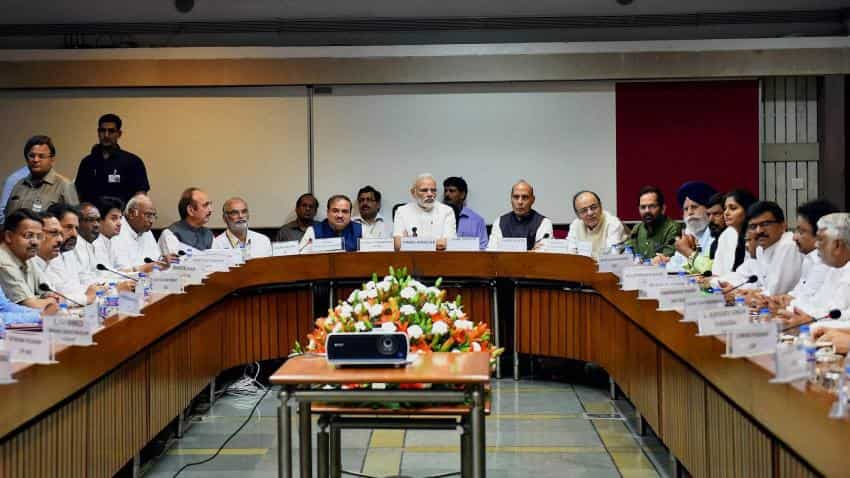 The Cabinet Committee on Economic Affairs (CCEA), on Thursday approved the mechanism for revision of ethanol price for supply to Public Sector Oil Marketing Companies (OMCs) to carry out the Ethanol Blended Petrol (EBP) Programme.

The committee decided on the following:

2. Additionally, charges will be paid to the ethanol suppliers as per actuals in case of Excise Duty and VAT/GST and transportation charges as decided by OMCs.

3. If the need arises to increase/reduce the retail selling price of Petrol by Public Sector OMCs, then such increase/reduction would proportionately factor in the requirement of maintaining the fixed cost of purchase of ethanol during the ethanol supply year.

“The prices of ethanol will be reviewed and suitably revised by Government at any time during the ethanol supply period that is from 1st December, 2016 to 30th November, 2017 depending upon the prevailing economic situation and other relevant factors, CCEA said in a statement.

The committee said that the revision in ethanol prices will facilitate the continued policy of the Government in providing price stability and remunerative prices for ethanol suppliers.

The objective to fix the delivered price of ethanol has been achieved to a large extent, CCEA said.

“In view of firming of sugar prices, falling crude prices and consequent under-recoveries of OMCs on this account, a need to re-examine the pricing of ethanol under EBP Programme has been felt,” CCEA said.

Ethanol Blended Petrol (EBP) Programme was launched by the Government in 2003 in order to reduce import dependency for energy requirements.

The government said that the decision has increased supplies of ethanol to 67.4 crore litres in 2014-15 and the projected supplies for ethanol supply year 2015-16 are around 120 crore litres.