The production from the Ratna and R-Series oilfield will be 10,000 barrels per day initially. The government had cancelled the contract of awarding it to Essar Oil. 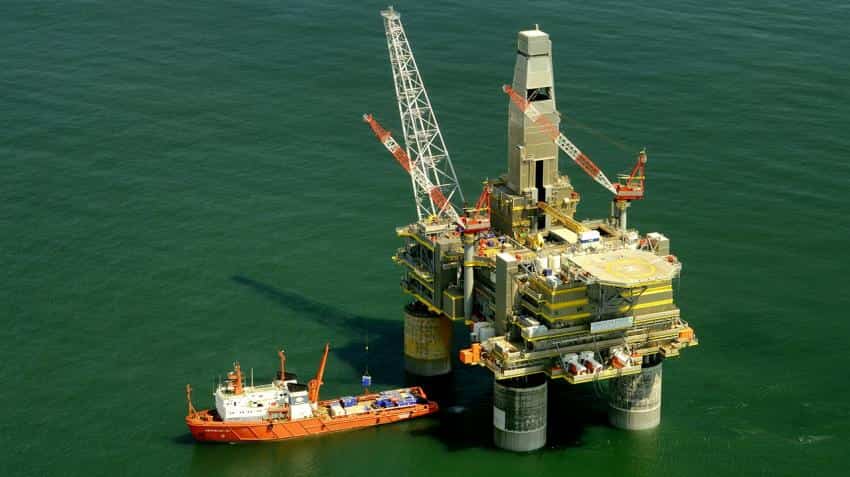 State-owned Oil and Natural Gas Corp (ONGC) will in 2019 begin producing oil from the Ratna and R-Series oilfield in Mumbai offshore, which it won back after the government cancelled award to Essar Oil.

"We are working on a development plan and investment approvals will be sought in a month's time," ONGC Director (Offshore) Tapas Kumar Sengupta told PTI here.

Production form the fields is targeted to start in 2019 with an output of 10,000 barrels per day initially, he said.

The Cabinet Committee on Economic Affairs (CCEA), headed by Prime Minister Narendra Modi, had in March decided to return the fields to its original licensee after contract with Essar could not be concluded even after 20 years.

Essar Oil and Premier Oil of UK were awarded the Ratna and R-Series oil and gas fields, lying 130 km off the Mumbai coast, in December 1996 but the production sharing contract (PSC) could not be signed due to differences of rates of royalty and other issues.

"We have taken over the fields and have started the process of developing them," he said.

The Ratna and R-series oil fields hold an estimated 87 million barrels of oil and 1.2 billion cubic metres of gas reserves.

The medium-sized Ratna and R-Series (R&RS) fields have been languishing since 1993 when the then P V Narasimha Rao-led Congress government decided to invite bids.

The fields were awarded to a consortium led by Essar Oil in 1996. The Cabinet Committee on Economic Affairs (CCEA) in 1999 approved finalising and concluding PSC within six months after negotiations were held by the negotiating team of secretaries (NTS), but the same has not been signed till date over royalty and cess amount to be charged from Essar Oil and partners.

ONGC had discovered the fields and created facilities in Ratna R-12, which is part of R&RS, at a cost of Rs 472.55 crore. These facilities were used by the company for production since 1983 before production was stopped in September 1994 after the field was put up for auction, he said.

These facilities have been deteriorating as a result of 'plundering and looting' of platform utilities and equipment. The estimated repair cost for the existing facilities would be Rs 1,085.70 crore.

"We have to build the infrastructure afresh," Sengupta said.

The fields have been reverted to ONGC subject to payment of cess and royalty at the current rates.

India, he said, is the world's fastest-growing large economy on Monday and is expected to grow five-fold by 2040.

Growth is supported by a series of policy measures that are "focussed on improving India's long-term economic and social prospects rather than short-term headlines. Our efforts are showing results in terms of economic growth and development," he said while asserting that manufacturing will account for 25% of GDP by 2022 as against 16% now.

For good measure, the Prime Minister put the spotlight on India's resilience to global headwinds. "Apart from fast growth, our economy has also been more stable than most others. While the global economy is going through a period of uncertainty, India has shown tremendous resilience," he said.

The current account deficit (CAD) is at a decades low and FDI at the highest level at a time when global FDI has fallen, he said, adding that according to the Bank of International Settlements, India is less vulnerable to banking distress among the major economies.

Modi also talked about a likely manifold increase in transport infrastructure, with commercial vehicle population of 13 million projected to reach the 56 million mark by 2040.

In civil aviation, India is the eighth largest market in the world and set to become the world's third largest by 2034. Growth in the aviation sector is expected to raise demand for aviation fuel four times by 2040.

All this will impact energy demand, he said.

For energy access, the government has launched the Ujjwala programme to provide 5 crore families free LPG connections and provide piped cooking gas to 10 million houses in the next five years. Also, the national gas grid network is being doubled to 30,000 km to ensure every village in India has access to electricity by March 2018, he said.

Capital investment in the railways has been more than doubled, dedicated freight corridors built, high speed rail corridor conceptualised and waterways provided focus for energy efficiency, he said. "The long-awaited legislation on a national Goods and Services Tax has been passed. By removing physical barriers at state boundaries, GST will accelerate long haul transport and further increase efficiency."

While developing countries know sensitivity of energy pricing, India has de-controlled petrol and diesel prices and cooking gas price too is now determined by the market. "To protect the vulnerable and the middle class, a subsidy is paid directly to 169 million bank accounts. This has eliminated leakages and misuse of cooking gas subsidies, resulting in large fiscal saving. These measures too have increased the efficiency of energy use," he stated.

Modi spoke about India taking the lead in committing itself to a reduction of 33 per cent in carbon intensity of its GDP from its 2005 level over the next 15 years and its commitment to produce 40 per cent of power from non-fossil fuel by 2030.

The Prime Minister said the downstream sector is now more open, creating a level playing field for all market players.

"Natural Gas is the next generation fossil fuel - cheaper, and less polluting. We have given priority to moving towards a gas-based economy. Efforts must be made to increase natural gas production while also creating import infrastructure to meet the growing domestic demand," Modi stressed.

India, he said, needs to be very efficient in terms of project and resource management.