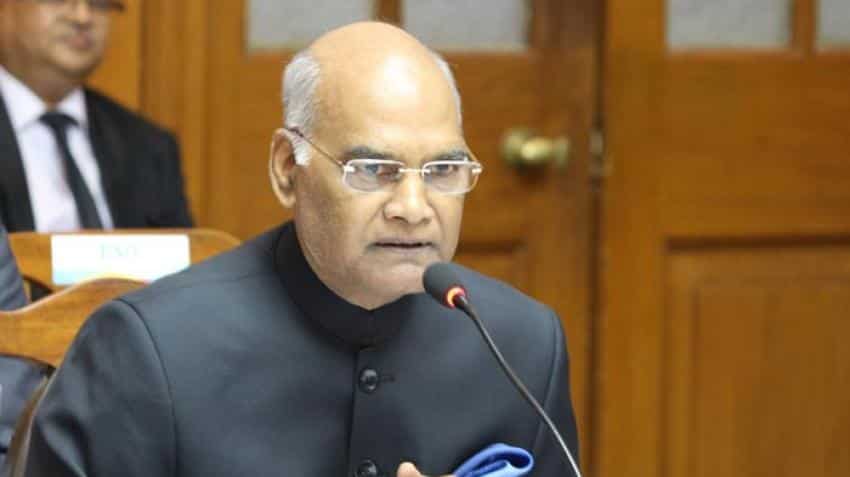 President Ram Nath Kovind today exuded confidence that the law to ban instant triple talaq will soon become a law and the Muslim women can live a life free of fear and dignity.

Delivering his maiden address to the joint sitting of both Houses of Parliament, Kovind also made it clear that the Narendra Modi government will do everything for to empower the minorities but not appease the.

The President also pitched for simultaneous elections to Parliament and state assemblies, saying there was a need to discuss and build a consensus among all parties on the possibility of holding simultaneous polls.

"There is need to discuss and build consensus among parties on the possibility of holding simultaneous elections for Parliament and the state assemblies," he said.

On instant talaq, he said "Muslim women's honour was a victim of political upmanship. Now the country has the opportunity to free them from this situation.

"My government tabled a bill on Triple Talaq in Parliament and I hope it will become a law soon. After the law comes into force, the Muslim daughter and sister can live a life free of fear and dignuity," he said.

Referring to various welfare schemes initiated by the Modi government, Kovind said with a sensitive approach towards providing housing with availability of water, electricity and toilet facilities to all, the government is targeting to provide a house to every poor and homeless household by the year 2022.

He also spoke about the introduction of Goods and Services Tax to bring in transparency and make tax system easier.

Some of the key points that the President refered to are: