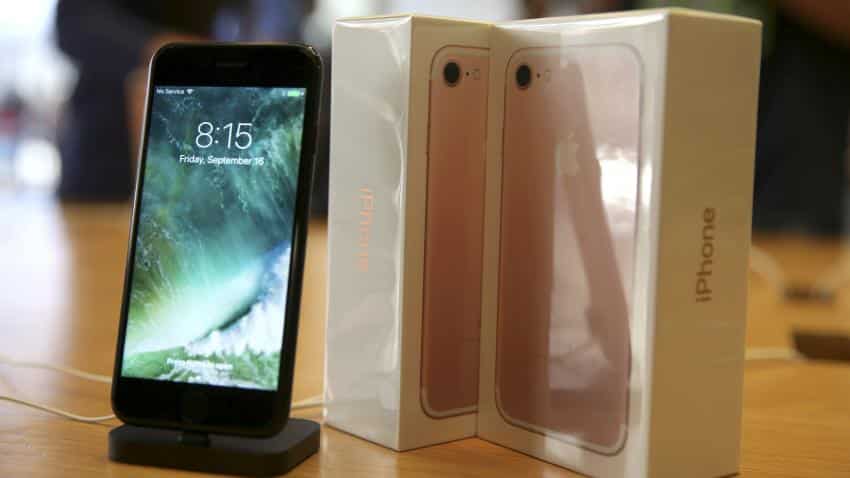 The freshly installed president vowed while campaigning that he would force Apple to bring production to US soil. Image Source: Reuters
Written By: PTI
RELATED NEWS

As US President Donald Trump pushes hard for goods to be "made in America," how realistic is it to expect Apple to stop manufacturing its iconic devices in China?

The freshly installed president vowed while campaigning that he would force Apple to bring production to US soil.

Yet, as other big companies have sought to appease the new administration with promises of jobs or investments in the United States, Apple has stayed low-profile.

Major Apple contractor Foxconn this month confirmed that it is considering a $7 billion investment to make flat panels in the US in a joint project with Japan's SoftBank.

"I have discussed with my major clients about going to (the US) and they are also willing to invest, including Apple," Foxconn founder Terry Gou told reporters in Taipei.

Taiwan-based Foxconn has given no details, and Apple declined to comment.

Global Equities Research analyst Trip Chowdhry believed that moving manufacturing to the US, where many customers are, was more of a commonsense move than a political one.

Whether politically motivated or not, Apple is not in the same position as automakers which relocated US factories overseas to cut costs, according to IHS manufacturing processes chief analyst Dan Panzica.

Apple benefits in Asia from a network that goes beyond subcontractors assembling smartphones, tablets or laptops. The California-based firm relies on a dense ecosystem of companies that make components and spare parts for its devices as well.

It would be "very hard to replicate" that situation with US workers without using "more robotics and less workforce," undermining the political aim of creating jobs here, according to Endpoint Technologies analyst Roger Kay.

Exacerbating the challenge, "it makes no sense to make phones here if you have to ship all the components from China," said technology analyst Jack Gold of J. Gold Associates.