Nair not only spoke about Budget 2019, but also highlighted key pointers for the Indian economy. 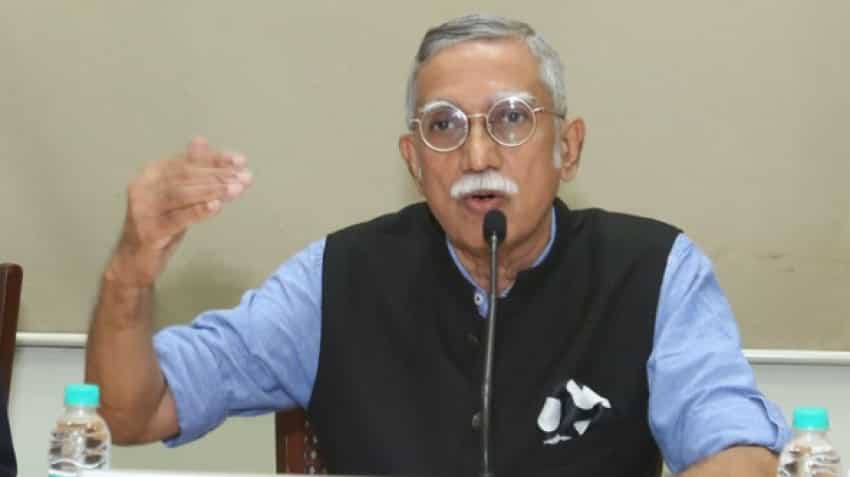 The new Finance Minister Nirmala Sitharaman will be announcing India's FY20 budget soon. Raj Nair, President - IMC Chamber of Commerce and Industry, who was present during pre-Budget consultation with FM Sitharaman said he expects Budget 2019 to be more realistic. Nair in an exclusive interview with Zee Business not only just spoke about Budget 2019, but also highlighted key pointers for the Indian economy. Nair strongly believes a corporate tax rate cuts are on cards during this Budget. Nair also spoke about GST rates and their implementation ahead, along with explaining how PSBs can strengthen their deposit ratios compared to private ones.

Additionally, Nair also gave some insights in regards to the digitalization move which is on at full swing in India. Meanwhile, the latest RBI move to scrap NEFT and RTGS charges were some key pointers.

Excerpts from the interview.

Q 1. Can corporate tax or any other form of tax rebate be expected during this budget for India Inc?

Yes. As mentioned above, we can expect a reduction of corporate taxes to 25% after knocking off all deductions. The revenue neutral rate is actually 18%. We have asked for 20%. That rate may come only after the revised Income Tax Code is enacted.

Q 2. GST implementation impact on India Inc, and what new rates or norms one expects to take place this budget.

One thing that we have asked for is that within each sector or industry, multiple rates should not exist. For example: Different GST rates for AC restaurant and non AC restaurant or restaurant in a 5 star hotel, etc. is meaningless and must be removed.

Eventually there may be 3 rates of GST but that may not happen in this Budget.

Q 3. Private banks have seen a consistent rise in deposit ratio compared to PSBs in the past few quarters. How can the latter strengthen themselves against private ones?

I believe that deposits in PSUs can rise once they improve their service standards, implement customer management software and processes to speed up response, etc.

Even physical processes such as providing a relationship manager to clients goes a long way to build a relationship with the bank. That would lead to not only more deposits (CASA) but also to the use of many other non-funds based services offered by banks. Neither the Government nor the RBI has prevented SBU banks from doing all this. Having said this, it all boils down to people and incentives. This is where PSU Banks suffer. Till the70s, PSU Banks could attract very good talent and retain them. PSUs offered very good service, prospered and even produced some of the best known bankers in India. From the 80s onwards, PSU Banks have lost their way in the fight for talent.

The Government should allow them to change their HR policies completely and encourage them to become much more customer centric than they are today.  They should be allowed to pay market rates and seek the best talent in the market like they do in Singapore.

They may be owned by the Government, but they should be run like a bank and not like a government department.

Q 4. Is our industry ready for the digital age?

Industry and Banks too, understand the need to adopt digital technology to succeed but many of them don’t appreciate that it is urgently needed in order to survive even three years from now. That is why the focus at IMC Chamber this year has been on digitising all member services, and also on educating members by organising lectures and conducting workshops, etc. This included a whole day conference on Industry 4.0 so that Indian industry does not miss the 4th industrial revolution unlike the previous three revolutions that India missed.

Q 5. How does a customer see benefit from NEFT, RTGS transaction waiver?

Any customer who is shown the benefits will opt for RTGS/ NEFT especially if the charges are reasonable.