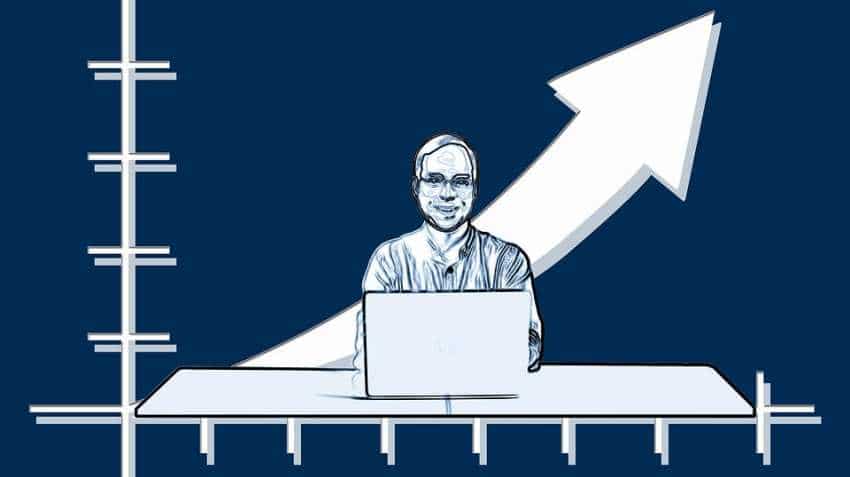 Budget 2019 was announced with an aim to reform, perform and transform India, according to Finance Minister Nirmala Sitharaman. The various proposals she announced not only help common man at a certain level, but also India Inc right from startups to major corporates. Vision for the decade spans social infrastructure boost, digital India, Make in India with particular emphasis on MSMEs, startups, defence, manufacturing, automobiles, electronics and much more. Sitharaman has stated that, India will become $3 trillion economy by end of current fiscal. Some of the major proposals were in regards to MDR charges, TDS on cash withdrawal, Aadhaar card, PAN card, affordable housing, bank recapitalisation, ITR filing, corporate tax, angel tax and some personal tax benefits. The fintech and startups have given their thumbs over Budget 2019, and welcomed it with open arms.
Here's how fintech's have reacted!

While the government aims to bring greater ease of living in the lives of its citizens through the use of digital payments, the prerequisite of a robust digital infrastructure cannot be emphasized upon enough. I am glad that the Government has identified this as one of the structural reforms towards achieving the vision of India becoming a $5tn economy.

The government has taken many initiatives towards the development of digital infrastructure and to promote digital payments in the country. The drive towards usage of Inter-operable One Nation One transport card and the requirement for business establishments with annual turnover of Rs 50 crore to offer low-cost digital mode of payments such as BHIM, UPI, Aadhaar Pay etc., will further boost seamless digital payments in the country and propel us as a powerhouse in the global payments arena.

Today, as India is leaving no stone unturned in terms of digital adoption, the Government is taking all the right measures to further catalyze this development. It is enhancing the rural infrastructure while also making it easier for Indian MSMEs to increase their digital footprint. The creation of single-window platform for end-to-end bill payments of MSMEs is one of these steps and will augment digital adoption of Indian MSMEs. The Government has also promised to extend loans of up to Rs. 1 crore to MSMEs, perfectly in line with the vision of financial inclusion. Both of these developments, i.e. digital enablement and financial inclusion, will make it considerably easier to lend to the segment and unlock the true potential of this growth engine.

Making it easier for investors to operate FPIs is extremely important for us right now. Especially with the current scene in the bond market and the pressure on our fiscal deficit. We have bonds close to INR 5 trillion expected to mature in this FY20, out of which a large chunk is for the non-banking lenders.  Hence the move to make FPIs simpler is a welcome move. The move on Angel Tax and reduced unnecessary scrutiny will be welcomed by younger startups that are raising angel money. Although there’s still a lot more to be done on this front, it’s a start.

Digital Push via a move like eliminating or reducing MDR for cashless payments further is a great sign. This decision has more positive implications than what’s immediately obvious. While it will make transactions more convenient, encourage payment Fintechs to innovate around this space and reduce cash pilferage, it also has a 2nd order positive effect of increasing the digital handshake between a consumer and the BFSI sector. Meaning that technologies like Blockchain and API based financial solutions get a solid, data-rich platform with all the digital transactions.

The Union Budget 2019 sends out a positive signal about NBFCs and reaffirms the government’s continued support to the sector. The partial credit guarantee for PSU banks to purchase consolidated high rated pooled assets of NBFCs and the relaxation of the DRR norms for public issuance of debentures will give a fillip to debt access for NBFCs with sound fundamentals and performance track record. Additionally, increasing RBI’s regulatory authority over NBFCs will help further strengthen the sector and boost investor confidence.

We believe that this year's Union Budget has been perfectly balanced by our new Finance Minister. The Government has promised hassle-free experience to foreign portfolio investors and is planning to streamline KYC to make it more investor-friendly. Innovative Aadhaar-based solutions can prove to be a game changer in this development and can introduce robust security while also ensuring seamless processes. The Government is also considering to grant Aadhaar Cards to NRIs via their Indian passports, preventing them from needlessly waiting for 180 days as is the case at present. Another positive takeaway from this year's Union Budget is the interchangeability of PAN and Aadhaar for the filing of ITR, which directly augments the usability of Aadhaar system and its wide-ranging solutions.

There have been several key takeaways from this year's Union Budget vis-a-vis the startup community. Primarily, the Government has resolved the raging issue of Angel Tax by eliminating scrutiny around valuation of share premium. It will also put in place a mechanism for e-verification to eliminate tax scrutiny around funds raised by startups as well. This will act as a catalyst in driving investment towards our startup segment and promote cutting-edge technological solutions. It has also proposed measures to carry forward and set off losses for startups while increasing the period of exemption for capital gains through sale of residential houe for startup-centric investment up to March 2021.