Start-ups are hoping that the government would expand MUDRA and other existing credit guarantee schemes to cover FinTech looking to supply credit this year. 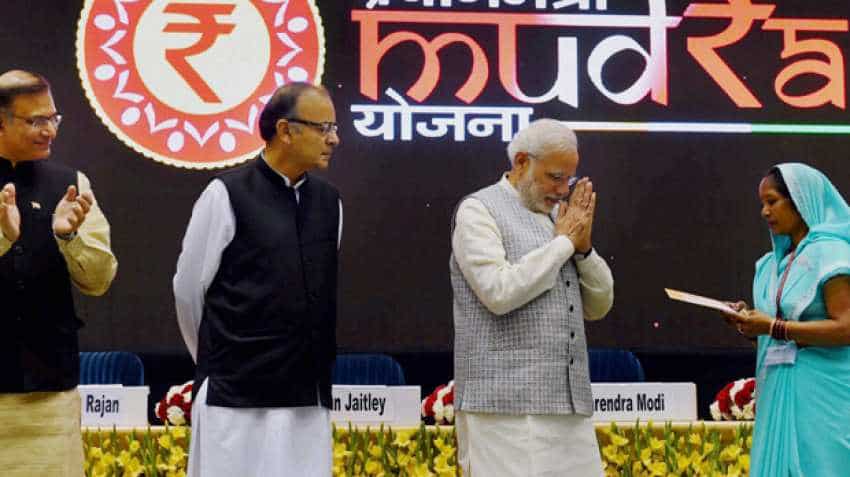 Low level of financial inclusion within the country is a critical factor, restricting credit flow for both personal consumption as well as for financing entrepreneurial endeavors. Photo source: PTI

To ensure smooth credit flow to the micro and small sized start-ups, the MSMEs have demanded expansion of the Prime Minister Narendra Modi's one of the most ambitious lending project MUDRA scheme. They said the credit guarantee scheme has helped new start-ups to grow but the scheme needs expansion and budget 2019 is the exact platform to solve those problems emerging in MUDRA scheme.

Bala Parthasarathy, CEO & CoFounder, MoneyTap told, "Lending startups have become a big boon for the nation by bringing hassle-free and accessible credit to the unbanked population. The market for small-ticket loans is huge. So naturally, we are expecting the government to focus more on increasing the availability of finance for the FinTech industry to promote higher growth. We are hoping that the government would expand MUDRA and other existing credit guarantee schemes to cover FinTech looking to supply credit this year."

Standing in sync with MoneyTap views Rajat Gandhi, Founder & CEO, Faircent.com told, "Low level of financial inclusion within the country is a critical factor, restricting credit flow for both personal consumption as well as for financing entrepreneurial endeavors. Integrating the age-old concept of lending with technology-driven marketplace, online P2P lending has emerged as a powerful source to bridge the credit gap that exists and must be encouraged by the government. To encourage lenders, FM must consider exempting investment in P2P lending from taxation, allowing defaults from loans to be considered as capital loss when filing returns and providing special tax rebate to lenders who fund loan requirements of MSMEs. This would increase investments by lenders in P2P lending unlocking supply side, thereby putting pressure on rates and easing the current liquidity crunch."

The MUDRA scheme aims at providing MSMEs with better access to credit and helping reduce the cost of borrowing for them. This has provided the sector with a positive outlook for the upcoming financial year. We can expect the government to introduce measures to reduce compliance burden and ease working capital blockages, with possible reductions in tax rates in the 2019 Union Budget.

Mayuresh Joshi, Fund Manager, Angel Broking Ltd. believes that the budget could be a big booster for MSME sector, considering their employment potential.

"Considering that it will be an interim budget till the full budget is presented post the elections, not too much is expected in terms of fresh reform initiatives. The first expectation is that the budget could give a big thrust to the agriculture and rural sector. Secondly, the budget is also likely to be a big booster for the MSME sector, considering their employment potential. This could come in the form of direct tax exemptions as well as a more friendly GST regime. The government is unlikely to make any major changes to the direct tax code considering that there will be a full budget coming up," he said.

Over the last five years, the Modi government made some key departures in the budget process. Firstly, the Railway Budget was scrapped and subsumed into the main budget. Secondly, the Budget presentation date, was brought back from February 28th to February 01st. This year, we could see one more departure from tradition. Despite being an election year, the FM will present an interim budget on February 01st rather than presenting a vote-on-account.