From the budget 2019, real estate expects announcements which lead to growth, which in turn, will transform the economy from 'developing' to 'developed' one. 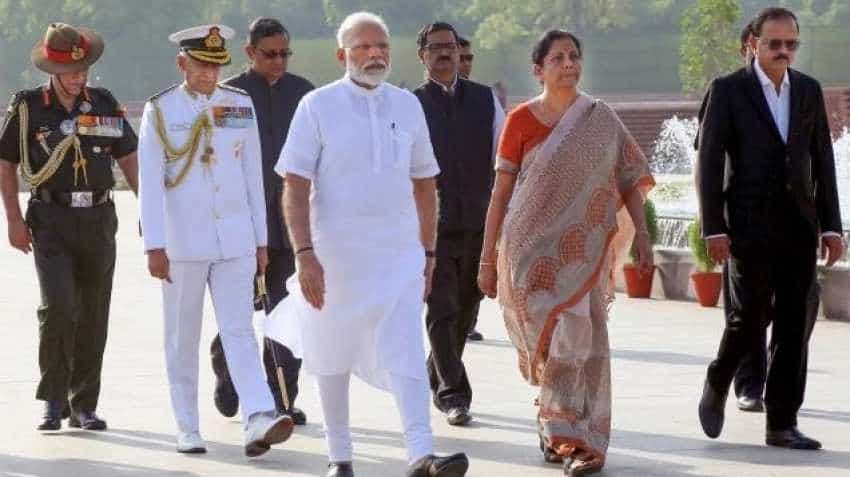 Real estate expects budget 2019 will make a pathway for hastening the one window clearances for high rise project and influence developers resulting in higher rating in LEED Certifications. Picture: PTI

As the Indian Finance Minister Nirmala Sitharaman is gearing up to present her maiden Union Budget on the floor of Parliament, various industries and sectors have started to present their wish list for her. Sitharaman began the exercise with her meeting with the farmers' representatives and the latest inclusion in the list are real estate players who want the first lady finance minister of India to present a budget that can transform the sector from 'developing' to a 'developed' one.

Speaking on the pointers that may play a major role in Nirmala Sitharaman giving due weight to the realtors demand Dr.Niranjan Hiranandani, President, NAREDCO said, "Real estate is highly labour intensive with huge employment generation of nearly 14 per cent of the total employment. It is one major sector contributing towards the country’s GDP growth of nearly 7 per cent, beyond providing a basic shelter above the roof to all its citizens."

On the budget 2019 expectations, Hiranandani said, "Expectations from industry stakeholders revolve priorly around redressing liquidity crunch- an oil of India’s growth engine. The choking of liquidity is taking a toll on the health of companies and further inflicting financial damage. Quick corrective steps should be undertaken by apex bodies and government to pump in enough liquidity in the system to bring economic growth on track. Further, expectation lies ahead in rationalization of taxes by subsuming stamp duty in the GST, extending Input Tax Credit to the commercial segment, reducing corporate tax, abolishing of MAT to provide thrust to SEZ developments. Another most imperative expectation is to frame National Rental Housing Policy in order to meet the target of Housing for all by. In addition, we expect improvisation in Ease of Doing Business in order to grant quick approvals under one roof and avoid any further delay and discrepancies."

The NAREDCO president hoped the Union Budget to be inclusive of provisions that provide a conducive environment for macroeconomic goals, improved governance, foster a strong foundation and formalization of the economy. "From the budget, real estate expects announcements which lead to growth, which in turn, will transform the economy from Developing to Developed," said Hiranandani.

Rahul Grover, President-Sales and Operation at SECCPL said, “Modi government has shown positive reforms with the introduction of some critical policies and budget allotment to the real estate in the past and we expect a continuation with favourable initiatives in this year’s budget as well. We are looking forward to government allocating sufficient budget to building the physical infrastructure necessary for the country. Positive policies for us such as the introduction of RERA and GST have transformed the industry and we hope to see further ironing out of details in these noteworthy policy changes. We hope that policies which will be introduced in Budget 2019-20 will make a pathway for hastening the one window clearances for high rise project and influence developers resulting in higher rating in LEED Certifications.”