Budget 2019: The world's fourth-largest auto industry has pinned its hope on the upcoming Budget 2019 expecting that it will not only uplift consumer sentiment but will infuse a positive environment for the industry. 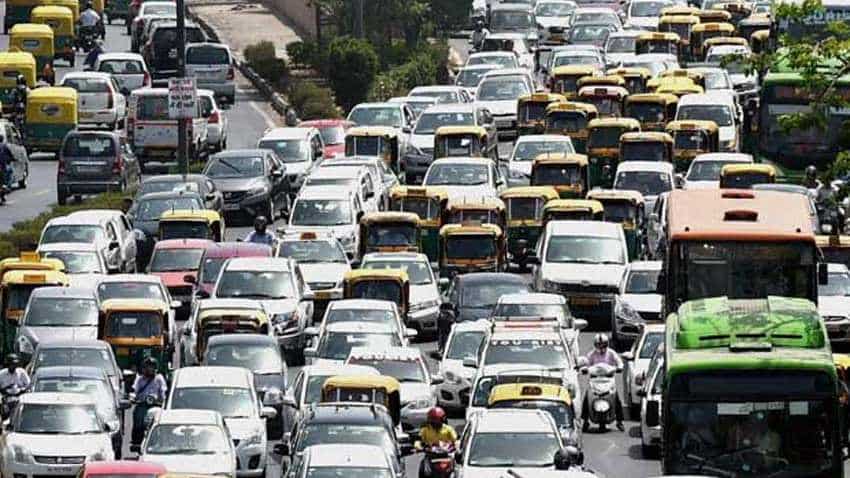 Budget 2019: The auto industry also hopes that rise in the income of the middle class and young population in the coming years will increase the demand of the vehicles. PTI

Budget 2019: The world's fourth-largest auto industry has pinned its hope on the upcoming Budget 2019 expecting that it will not only uplift consumer sentiment but will infuse a positive environment for the industry including the electric vehicles. The industry also hopes that rise in the income of the middle class and young population in the coming years will increase the demand of the vehicles.

Ayush Lohia, CEO of Lohia Auto Industries, said that the government should give at least 10 years of extension to the Faster Adoption and Manufacturing of Hybrid and Electric vehicles in (FAME) scheme.

"Automobile industry players are working toward the extension of the incentive scheme for electric mobility under the FAME scheme. It is hoping for a positive response from the upcoming union budget with a minimum 10 years extension. This extension will lead to achieving India’s electric vehicle target which in turn will undoubtedly help in reviving of the industry," said Lohia.

He said that FAME Policy ambit should be increased to cover all electric vehicles and not only Advanced Batteries like Li batteries. "In addition, the finance ministry should ensure that GST on all categories of Electric Vehicles including batteries should not exceed 5% with Input Advance Tax Credit availability," said Lohia.

Lohia added that there should be ease of Retail Finance Availability under Priority Lending like in Agriculture. "We are also hoping that Retail Finance with Margin Money will not exceed 10% and Subvented Rate of Interest should be kept maximum 5% ROI on all Commercial Vehicles including 3 wheelers in the budget," said Lohia.

He also demanded that there should be a scrap Incentive on all passenger and commercial vehicles under 7 years.

Sugato Sen, Deputy Director General, Society of Indian Automobile Manufacturers (SIAM), said that for commercial vehicles CBUs, rates should be increased from 25% to 40%.

“On tax side, Union Budget today covers only Customs Duty and Direct Tax as Excise and Service Tax have been subsumed in GST and handled by the GST Council. With respect to customs duty, SIAM has suggested to the Government that for CBU of cars and two-wheelers, rates should remain at the same level. But, for commercial vehicles CBUs, rates should be increased from 25% to 40%, which is the bound rate committed by India in WTO. However, 40% rate should not be applicable to CKD and SKD. On the direct tax front, SIAM would like to suggest that the weighted deduction of R&D expenses should be brought back to 200% as it was before, since the direct tax rates have not been reduced as originally outlined by the finance minister while linking the two. R&D incentive is more important for the automobile industry today as we have to invest significant amount of money over the next few years for R&D to meet various emission and safety improvements in India," he said.

Rajeev Kapur, MD, Steelbird Helmets said that India cannot survive with agriculture and service industry alone and it needs to become an industrial hub for the auto industry.

"To make India an industrial hub, the government should give a lot of benefits like subsidies and incentives to the industries based on labor-intensive units. Also, to overcome the current problem of Chinese products flooding the Indian market we need to ensure that we start manufacturing locally. And this is exactly what the superpower countries are doing where India is lacking," said Kapur.

Kapur also demanded a rebate in taxes for the companies setting its units in the rural areas. "There should be slabs. For example, if a company has over 1000 employees, then they should get a 20% rebate in GST and income tax. Likewise, for those with 2000 employees should get 40% rebate, for over 3000, it should be 60%, above 4000, it should be 80% and for those above 5000, the rebate should be 100%. This will help uplift all the rural areas and help them come at par with the metropolitan cities," said Kapur.

Kapur also said that GST on helmets is coming in the ways of the government's effort to roll out the new ISI standard helmets and making their use mandatory. He demanded that there shouldn't be any GST on helmets as these are also life-saving devices just like medicines.

Rajesh Loomba, Managing Director, Eco Rent A Car, said that ‘Previous budgets and governments have always neglected tourism, I hope in this budget some focus is put into tourism as a generator of employment and not be treated as an elitist activity’. "The government did not deliver as per promise in 2018 Budget. Taxation on tourism remains regressive. There are no incentives on new investment whereas tourism and tourist transportation creates the most employment per rupee of investment," he said.