Budget 2019: The finance ministry had promised to double the allocation to Digital India to Rs 3,073 crore for the fiscal year 2018-19. 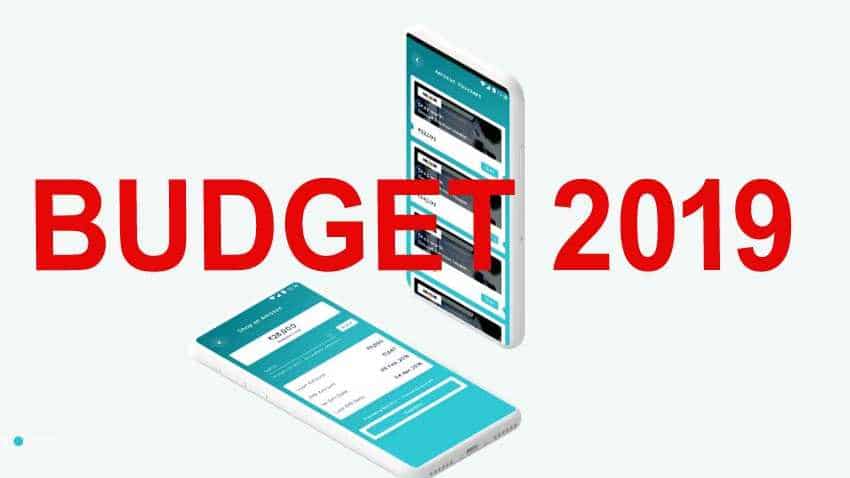 Budget 2018: Fintech firms said that while populist mechanisms such as relief in taxes and loans are being predicted, they expect reforms related to the sector.

Budget 2019: The Narendra Modi government has been striving for financial inclusion for all. The year 2018 also witnessed many announcements aimed at driving financial inclusion. The finance ministry had promised to double the allocation to Digital India to Rs 3,073 crore for the fiscal year 2018-19. Fintech firms said that while populist mechanisms such as relief in taxes and loans are being predicted, they expect reforms related to the sector.

Dilip Modi, Founder and Chairman, DiGiSPICE said, "While populist mechanisms such as relief in taxes and loans are being predicted, we expect the government to also address a few of the concerns of the technology sector and present some opportunities. As the role of AI, machine learning, analytics, automation and IoT becomes more prominent, the government would need to allocate resources that help strengthen digital infrastructure. Multi-dimensional policies will be required to promote adoption of technology, build a framework to optimize its effects and facilitate players that help to introduce such technology on a nation-wide scale."

Modi said that dedicated ‘Special Digital Zones’ like SEZs, operational subsidies, reducing import duties on essential hardware and components, guidelines to safeguard Intellectual Property and development of institutions to aid in upskilling are a few immediate requirements of technology players. "Indian public sector is aiming to improve efficiency and transparency of government procedures through mass-scale technological intervention, and we think Budget 2019 will be a watershed moment in this journey,", said Modi.

"In the upcoming budget, we expect more policies and reforms around the 'Make in India' and 'Digital India' initiatives to be announced. We are hoping that the budget will include announcements that enable cashless transactions via cards and mobile wallets," said Taku.

She expressed hope that there will be a more specific plan and budgets for connecting remote areas and villages through high-speed optic fiber networks and building Wi-Fi spots in tier-1/2 towns and cities.

"We also hope that the government will continue to focus on startups and provide incentives to those creating employment. Besides, we are hopeful that the draft data protection bill of 2018 stating ‘Data privacy a fundamental right of every citizen’ is formed into law this year," said Taku.

Akshay Mehrotra, CEO and Co-founder of EarlySalary, said, "We are happy to note that the Fintech industry was recently mentioned for the first time by the Government in a speech on the Union Budget 2019. That definitely is good news for Fintech companies like ours in the country. While the Digital India initiative by the government was a great step forward, a lot still remains to be done. We urge the government to give a further thrust to digitalization of financial systems, especially in terms of investment in infrastructure, improving digital literacy and incentivizing digital payments. Today, while around 30% of the population own smartphones, less than 5% transact financially through the digital system. Now, with Aadhaar authentication not being made compulsory for e-KYC, the government should come up with news ways to authenticate customers online. Video-KYC can be one of the new processes that can be introduced by the government for this.”

Alok Mittal, CEO & Co-founder, Indifi Technologies, said that he expects the budget to define concrete steps to mobilize access to financial services and empower the fintech companies that facilitate them.

"For instance, extending credit guarantee schemes such as MUDRA and facilitating better data access to alternate lending companies can help in bolstering the impact and reach of these initiatives," said Mittal.

"The startup ecosystem is eyeing the Union Budget 2019, as the government is slowly recognizing the potential of startups and framing policies that create a favorable environment for them. From the Union Budget 2019, startups are expecting a faster and easier method for procedural clearance and license approvals. They are also looking for an increase in the allocation of funds towards the adoption of new technologies such as AI and Blockchain," said Abhishek.

Abhishek said that startups are also expecting a decrease in unnecessary regulatory supervision and government interference which will allow them to operate without any pressure.

Praveer Surana, AVP Finance, Electronic Payment & Services Pvt Ltd said that given the approaches followed in their previous budgets, the Government is likely to be walking a tightrope to maintain fiscal discipline, and may be targeting fiscal deficit of close to 3.2% of GDP.

"The corporate tax rates may not see a tweak this year. The high economic and political importance of MSMEs may prompt more support to them in the interim budget, as we have been seeing in the recent policy changes, particularly on the e-commerce side. The focus on financial inclusion and digital economy is likely to continue, which will promote investment in to fintech sector," he said.