Opening of Chabahar Port for TIR highlights how it has been chosen by these three countries as a key tool to help activate the Chabahar transport agreement. 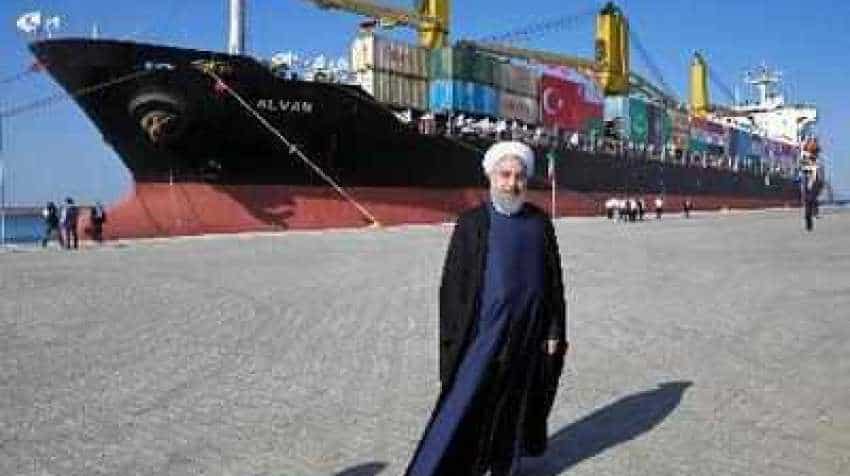 The first shipment on TIR (Transports Internationaux Routiers) from Afghanistan to India through Iran Chabahar Port arrived at the port of Nhava Sheva, Mumbai and Mundra on March 13. India joined the TIR Convention on 15th June 2017. The convention allows goods to be outlined in a TIR carnet and sealed in load compartments. Customs verify the carnet and check the seals, with no need for physical checking of the contents, enabling shipments to pass through countries without being opened at borders.

Welcoming the arrival of the maiden shipment, Pranab Kumar Das, Chairman, Central Board of Indirect Taxes & Customs (CBIC), Department of Revenue, Ministry of Finance, Government of India said that the TIR convention will help in fast and easy movement of goods across multiple countries under a common customs document and guarantee. “Reciprocal recognition of customs controls is at the heart of the Convention. This enables a facilitative and non-intrusive environment for multi-modal transport of goods through several countries. The convention will help in boosting India’s exports and enable greater participation in the global value chains. We will leverage technology to make the movement more secure and facilitative. I urge our exporters to use this facilitative system to make our exports more competitive,” he added.

Dilip Chenoy, Secretary General at FICCI said, “TIR will play a pivotal role in improving ease of doing business and pave the way for smoother and safer transport of goods across international borders and will help boost trade between India, Central Asia, Europe and Russia. It will act as a strong catalyst for moving goods using the multi-modal transportation route like Chabahar and International North-South Transport (INSTC) Corridor. The system is a win-win-win model for Customs, FICCI and the business community.”

IRU Secretary General, Umberto Pretto said, “The opening of Chabahar Port for TIR is hugely significant – offering connectivity for landlocked countries, seamless border crossing facilitation and intermodal capabilities. It also highlights how TIR has been chosen by these three countries as a key tool to help activate the Chabahar transport agreement. The operation will definitely open the door for activation of other intermodal corridors such as International North South Transport Corridor – connecting India to Central Asia, Russia and eventually Europe”.

FICCI has been appointed by the Central Board of Indirect Taxes & Customs (CBIC), Department of Revenue, Ministry of Finance, Government of India as National Issuing & Guaranteeing Association for its operation in India like ATA carnet. The system is managed worldwide by the International Road Transport Union (IRU), Geneva and overseen by the United Nations Economic Commission for Europe (UNECE).

More than 34,000 operators are authorized to use the TIR system and in 2017 around 1.2 million TIR Carnets were issued worldwide. Ultimately, the system facilitates and encourages international trade, and thereby provides many advantages and benefits to the national economy by simplifying the movement of national and international transport, giving access to over 62 TIR operational countries.