Bharat bandh today: Central trade unions have called an all-India strike on Thursday. They are expecting nationwide participation of over 25 crore workers to protest against various policies of the central government. 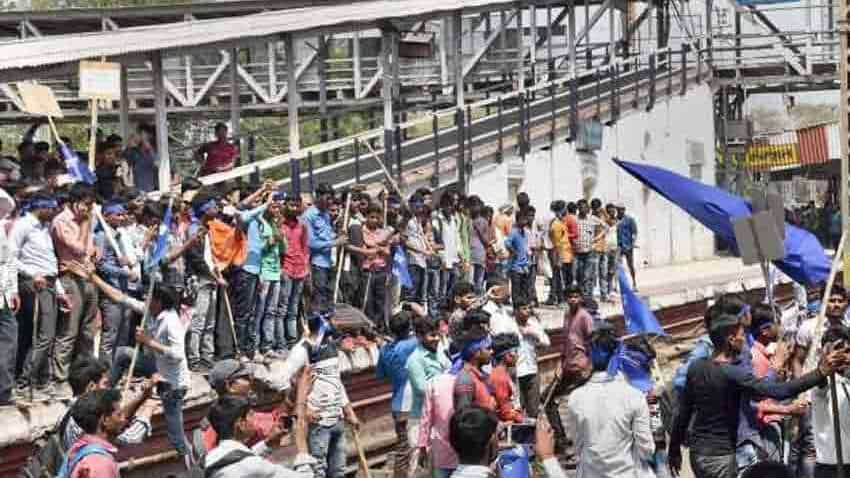 Bharat bandh today: As many as 10 central unions came onto a joint platform and called for an all-India strike. They said tremendous preparations have been done to ensure a complete nationwide strike.
Edited By: ZeeBiz WebTeam
RELATED NEWS

Bharat bandh today: The common man's life will be disrupted evem more today. As it is, Covid-19 pandemic has made things tough and now, a new problem has arisen - Bharat bandh. Well, Central trade unions are on an all-India strike on Thursday. They are expectating an all-India strike with the participation of over 25 crore workers. They are protesting against various policies of the central government.

As many as 10 central unions came onto a joint platform and said tremendous preparations have been done and more than 25 crore workers will participate in the strike across the country. This was revealed in a statement on Wednesday.

These Are The Participating Trade Unions

Participation of various independent federations and associations are also expected.

The BJP-aligned Bharatiya Mazdoor Sangh (BMS) will not participate in the strike.

The united front of farmer organisations -- AIKSCC -- has also extended its support to the general strike and would be mobilising their members in rural areas to express solidarity with the striking workers.

The strike is to protest against the new farm and labour laws, among others, as well as to raise various demands.

In many states, auto and taxi drivers have also decided to keep off the roads. The federations of railway and defence employees have decided to have large mobilisation on the day to express their solidarity with the strike and the demands of the unions.

"As part of the activities, our Delhi units are organising industrial strikes in the industrial areas of Delhi and also making humble gathering at Jantar Mantar near crossing of Parliament Street and Tolstoy Marg (at) 12 noon," the statement said.

National leaders of central trade unions would be present and would also address the gathering.

What are the Trade Unions demands?

The demands of the joint platform include cash transfer of Rs 7,500 per month tor all non-income tax paying families and 10 kilograms free ration per person per month to all needy people.

They have also asked the government to withdraw all "anti-farmer laws and anti-worker labour codes and stop privatisation of public sector, including the financial sector and stop corporatisation of government-run manufacturing and service entities like railways, ordinance factories, ports etc".

Among other demands, the unions have sought withdrawal of the "draconian circular on forced premature retirement of government and PSU employees".

Other demands of the unions include 'pension to all', scrapping NPS (National Pension System) and restoration of earlier pension with improvement in EPS-95 (Employees' Pension Scheme-1995 run by retirement fund body EPFO).