Bharat Bandh in Maharashtra: The `Bharat Bandh` called by protesting farmers and supported by various political parties elicited a mixed early response in Maharashtra on Tuesday morning, especially in urban centres, with no reports of any violence, officials said. 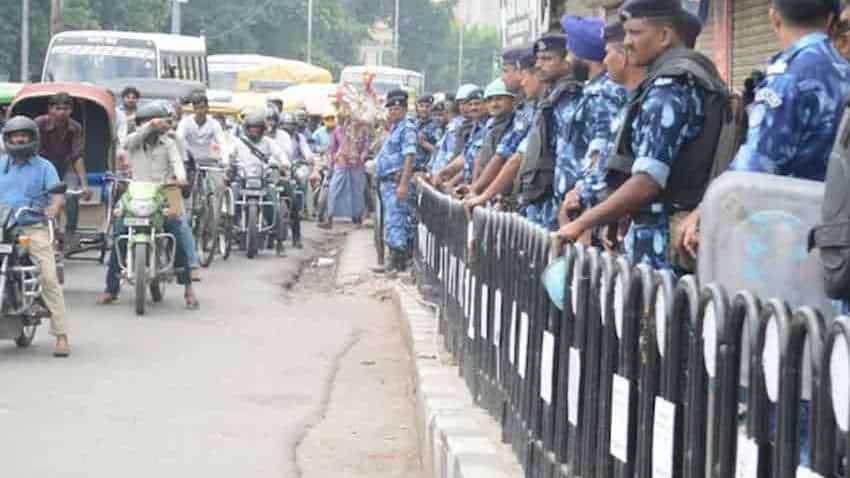 Bharat Bandh in Maharashtra: The `Bharat Bandh` called by protesting farmers and supported by various political parties elicited a mixed early response in Maharashtra on Tuesday morning, especially in urban centres, with no reports of any violence, officials said.

While all APMCs across the state were deserted in the morning, shops and commercial establishments, particularly in cities and towns, are likely to be not affected as the retailers` organisations have kept off the shutdown.

In major cities like Mumbai, Nagpur, Pune, Aurangabad, Nashik, and Kolhapur, the morning peak-hour traffic was by and large normal, though farmer organisation Swabhimani Shetkari Sanghatana has announced road and rail blockades later.

The `Bharat Bandh` is supported by the ruling Maha Vikas Aghadi allies Shiv Sena, Nationalist Congress Party, Congress, Samajwadi Party, Bahujan Vikas Aghadi, most Dalit parties, the CPI, CPI-M and other Leftist parties, several student organisations and students of major academic institutions, Trade Unions Joint Action Committee comprising scores of trade unions, including all bank unions in the state, besides many other big and small groups with employees in the trade and commerce sectors.

However, the state`s opposition Bharatiya Janata Party and its allies have kept off the shutdown and accused all other parties of "misleading the farmers and the people".

Asserting that it`s "not a political bandh", the Shiv Sena has appealed to all people to participate voluntarily in support of the farmers across the country who are demanding a repeal of the three new central farm laws.