The overall collection of the movie till yesterday was Rs 129.45 crore and it is expected that the movie will add some more today. 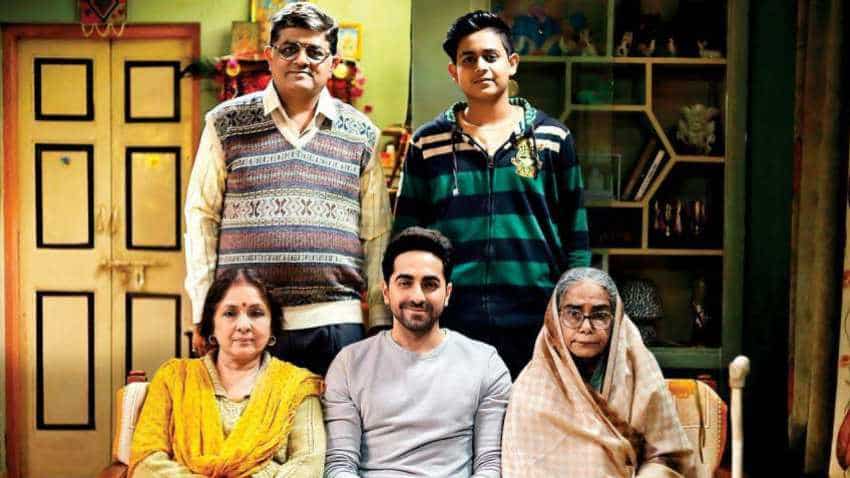 Badhaai Ho became the highest fifth week grosser of 2018 with the earnings of Rs. 8 crore in its fifth week, Image source: DNA

Ayushmann Khurrana starrer Badhaai Ho is still growing at the box office. The overall collection of the movie till yesterday was Rs 129.45 crore and it is expected that the movie will add some more today. Badhaai Ho added Rs 1.05 crore to its bucket yesterday.

Even after clashing with the high budget film Thugs of Hindostan, which boasted of superstars like Amitabh Bachhan and Aamir Khan, the collection of Badhaai ho has been unstoppable at the box office.

Badhaai Ho was released on October 19, 2018 and it's already running in its 6th week, but still, the movie is on the preference list of the audience.

Badhaai ho is the story of a family that faces an unusual situation where a woman gets pregnant at a relatively advanced age.