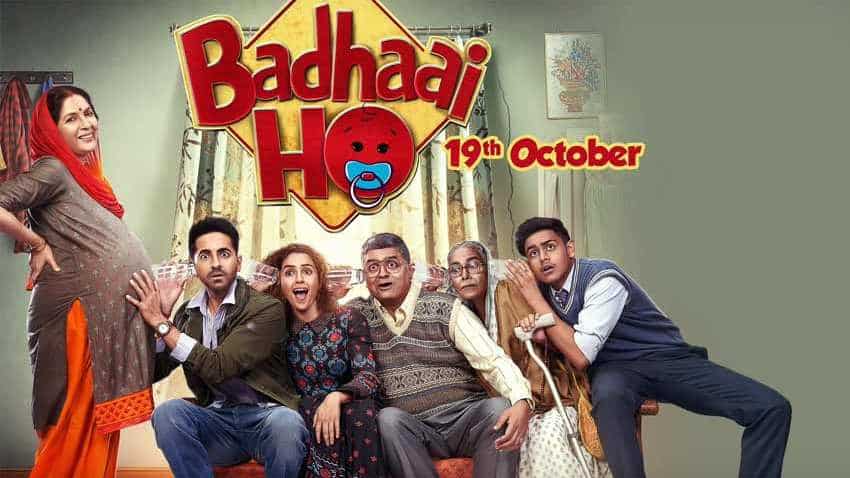 Badhaai Ho box office collection: This Ayushmann Khurrana film is successfully running in theatres even after the 5th week since release! Ayushmann Khurrana starrer has grossed a massive profit in Indian Market as well as overseas. Despite big release like Thugs Of Hindostan, the film has crossed Rs 200 crore mark worldwide.

An Amit Ravindernath Sharma directed Indian family comedy and drama film, it casts Ayushmann Khurrana, Neena Gupta, Gajraj Rao, Surekha Sikri, Sanya Malhotra as leading characters in the film. Surprisingly, the film became a better choice than the others to watch in cinemas in the Diwali festival period.

The humor in the film helped it grab rank 7th in highest worldwide grosser of the year 2018 till now. Badhaai Ho collected Rs 162.69 crore in Indian market and Rs 45.02 crore at overseas which altogether makes 207.71 at box office collection worldwide for the film 207.71 crore.

With a grossing Rs 207.71 crore, Badhaai Ho surpassed the previous released films Raazi, Stree and Raid which collected 153.62 crore, 180.76 crore and 153.62 crore respectively. The film is still in continuous battle to secure higher rank in the list, let the audience decide what ranks it secure in its last days of collection.