The Delhi High Court rapped today the aviation regulator DGCA and IGI airport operator DIAL for not taking steps to remove around 365 obstacles from around the airport that could pose a threat to aircraft safety. 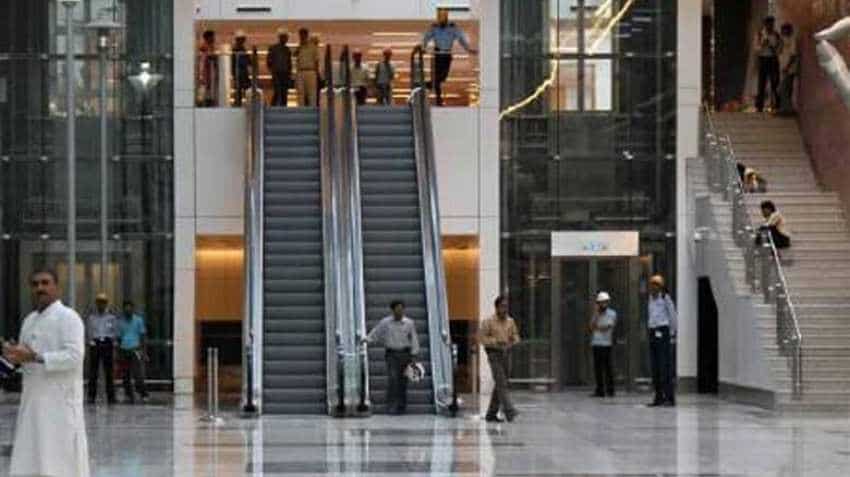 A bench of Acting Chief Justice Gita Mittal and Justice C Hari Shankar asked the DIAL and DGCA whether they were concerned about people's lives. Image source: Reuters
Written By: PTI
RELATED NEWS

The Delhi High Court rapped today the aviation regulator DGCA and IGI airport operator DIAL for not taking steps to remove around 365 obstacles from around the airport that could pose a threat to aircraft safety.

A bench of Acting Chief Justice Gita Mittal and Justice C Hari Shankar asked the Delhi International Airport Ltd (DIAL) and the Directorate General of Civil Aviation (DGCA) whether they were concerned about people's lives.

The DIAL and DGCA had earlier admitted in court that there were about 365 obstacles around the Indira Gandhi International Airport here which could pose a threat to safety of incoming and outgoing aircraft.

The court directed the DIAL and DGCA to give the list of obstacles to the South Delhi Municipal Corporation (SDMC) and the Haryana Urban Development Authority (HUDA) which in turn were ordered to ensure that no further construction is carried out on the buildings which could endanger flight safety.

The bench said that occupation of such buildings would not be permitted and directed the SDMC and HUDA to also ensure that no commercial transactions take place in connection with such structures.

The DIAL was directed to issue public notices about these buildings and also inform the owners about the action they could face.

The police was asked to render all necessary assistance to the authorities to carry out their tasks.

With the direction, the court listed the matter for further hearing on September 20.

The bench was hearing a PIL by Kerala-based lawyer Yashwant Shenoy who has claimed that high rises, especially hotels, near the international airport was a major threat to security and safety of the aircraft flying over it.

During the hearing, DIAL said it has sent notices to around 300 defaulters and responses have been received from 26 people.

It said that once the claims in the responses are verified, it will forward its recommendations to the DGCA.

The court, however, did not approve of the passing of the buck to each other by the DIAL and DGCA.

Shenoy, meanwhile, told the court that the DIAL licence to operate the airport be cancelled as it has not ensure removal of the obstructions.

He also claimed that the DGCA was required to carry out a survey of obstacles around the airport every two years, but the aviation regulator had not carried out the exercise from 2007 till 2016 when his PIL was filed.