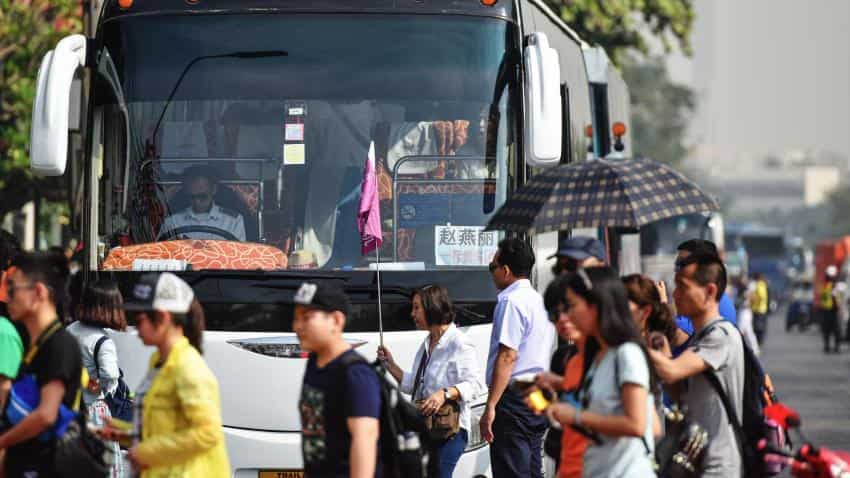 The total number of foreign tourists arrived in the country rose up 56.6% to 1,62,250 in December 2016 as against 1,03,617 in December 2015, cited Ministry of Tourism in an official statement on Wednesday. Representational Image. Image Source: IANS
Written By: Tejal Yerunkar
RELATED NEWS

For the full-year period that is from January to December last year, the country had witnessed a 142.5% growth in foreign tourists arrival under the government's e-Tourist Visa scheme.

ALSO READ: Most tourists to India in April came from.. Bangladesh!

"This high growth may be attributed to introduction of e-Tourist Visa for 161 countries as against the earlier coverage of 113 countries," Ministry of Tourism said in a release.

In terms of percentage of countries availing e-Tourist Visa facilities during December last year, the United Kingdom (UK) topped the list with 22.4%, followed by the United States of America (USA) with 16.4% and Russian Fed with 7.7%, among other countries.

On top airports that received the maximum arrival of foreign tourists under the scheme, New Delhi Airport topped the list with 36.6%, followed by Mumbai Aiport with 23.1% and Dabolim (Goa) Airport with 13.6%, among others during December last year.