Arun Jaitley today underwent a successful kidney transplant at the All India Institute of Medical Sciences (AIIMS), an official at the premier health institute said. Both the donor and the recipient are stable and recovering well, the official said. 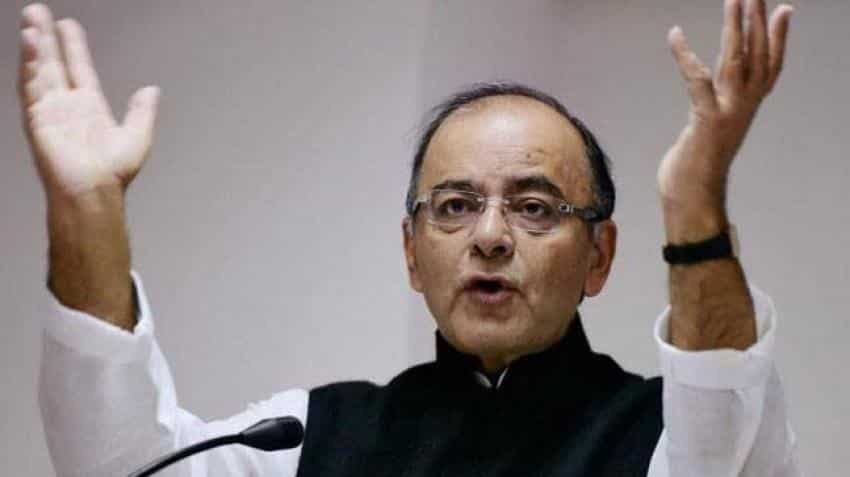 Arun Jaitley had confirmed his illness in a tweet on April 6. Image source: PTI
Written By: PTI
RELATED NEWS

Union Finance Minister Arun Jaitley, who on Saturday was admitted to the All India Institute of Medical Sciences (AIIMS) for a kidney transplant, today underwent a successful operation, said an official at the health institute, adding that the donor as well as the recipient are stable and recovering well. The 65-year-old Jaitley was taken to the operating theatre at 8 am today. The Finance minister, suffering from a kidney ailment, has been undergoing dialysis for the last one month.

According to reports, nephrologist Dr Sandeep Guleria from Apollo Hospital, also the brother of AIIMS Director Randeep Guleria, was part of the team that performed the transplant. Earlier on April 6, Arun Jaitley, who cancelled his scheduled visit to London for the 10th India-UK Economic and Financial Dialogue next week, had confirmed his illness in a tweet, saying: "I am being treated for kidney related problems & certain infections that I have contracted."

The finance minister, however, did not elaborate, but stated he was "currently working from controlled environment at home", adding "The future course of my treatment would be determined by the doctors treating me."

A senior AIIMS official told PTI, "Union Minister Jaitley underwent a renal transplant today. The surgery has been successful. Both the donor and the recipient are stable and recovering well."

It may be noted that Jaitley in September 2014 underwent a bariatric surgery to treat weight gain because of a long-standing diabetic condition. The surgery was first performed at Max Hospital, but he had to be later shifted to AIIMS because of complications.

Jaitley had been suffering from diabetes for nearly a decade. He underwent the surgery which was done laparoscopically, a minimally invasive technique. The surgery reportedly involves stapling the stomach to create small pouch so that a small amount of food helps satiate the appetite. This pouch is connected to the small intestine to lower fat absorption.

Dr Pradeep K Chowbey, who had operated on Arun Jaitley, had stated that the surgery was for weight reduction and done through minimally invasive technique. The Union FM had reportedly a heart surgery several years ago.