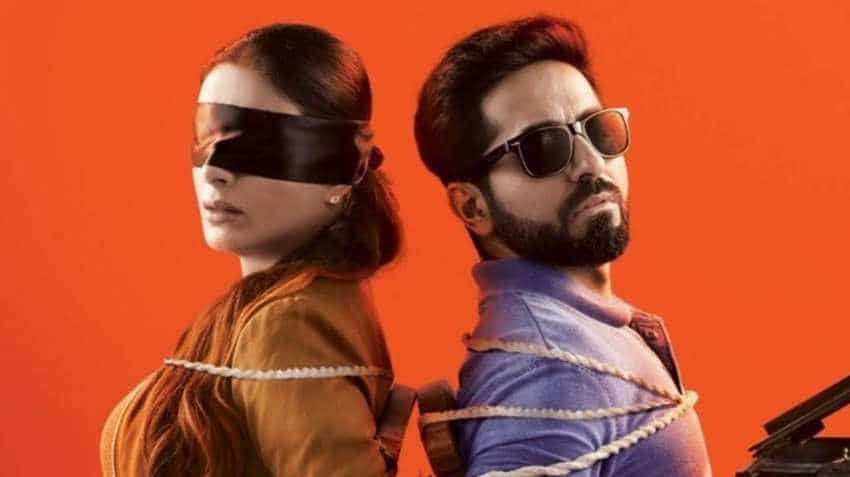 Andhadhun box office collection: Ayushmann Khuranna, Radhika Apte and Tabu starrer has pipped its Bollywood competitor LoveYatri with a Rs 15 crore earning. The two latest releases along with Hollywood movie Venom have received positive reviews, and it will be interesting to watch the box office fight in coming days. However, so far, Andhadun is a leader by a large margin.

The report said that Andhadhun has collected approx. Rs 4.52 cr in its opening weekend in overseas, while its performance on the domestic turf over the weekend has been satisfactory with Rs 15 crore coming in. Despite opening day's collection was a little less than expectations, but the Sriram Raghavan film reportedly gained the ground on Saturday and Sunday. The movie earned Rs 7.20 crore more on Sunday with a good improvement on the Friday numbers. Andhadhun, which is a crime thriller, showcases Ayushmann Khurrana as the visually-challenged protagonist, along with female leads of Tabu and Radhika Apte.

On the other hand, Aayush Sharma and Warina Hussain’s debut film LoveYatri after receiving a lukewarm response in the opening is sailing smoothly at the box office with the weekend collections of Rs 6.90 crores. Salman Khan's production LoveYatri, however, could not stand up to the expectations of film trade analysts on Day 1. It was expected to earn Rs 3 crore on the opening day, but could earn merely Rs 2 crore. The romantic musical's earnings were Rs 2.10 cr and Rs 2.8 crore on Saturday and Sunday.

Meanwhile, Tom Hardy’s Venom has been drawing the audience to the theatres in big numbers, recording a good opening of around Rs 4 crore and went on to collect Rs 5.25 crore on Saturday and Rs 6.25 crore on Sunday, with total collections of about Rs 15.50 crore, according to Boxofficeindia.com.