Bank strike in January, 2019: Unions call for 2-day protest; your work may be affected 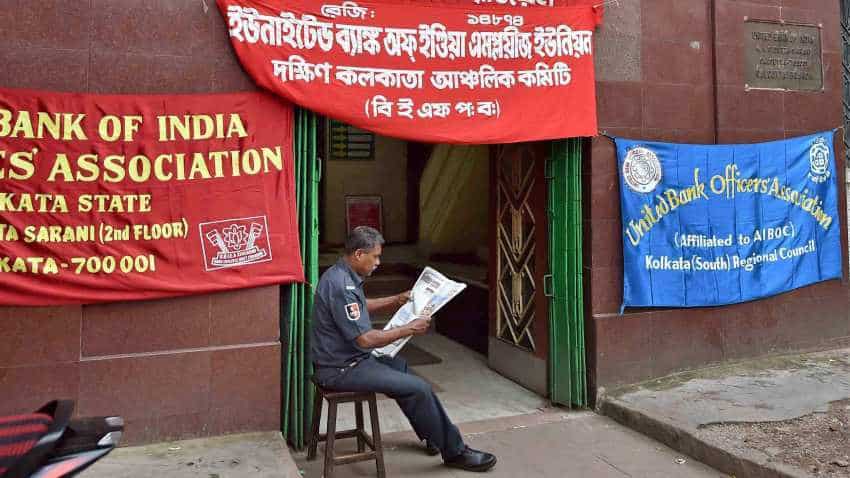 Bank strike in January, 2019: Customers are set to face various issues in carrying out their financial transactions at the United Bank of India. Photo: PTI
Written By: ZeeBiz WebTeam
RELATED NEWS

Bank strike: After enforcing a strike that kept PBs closed for days together, over the government's mega merger of Bank of Baroda with Vijaya Bank and Dena Bank, now the  All India Bank Employees' Association (AIBEA) has further proposed yet another bank protest .This time it would be state-owned United Bank of India that faces heat of bank unions.

The notification added, "The Bank shall take all necessary measures in terms of extant guidelines for smooth functioning of the Bank's Branches/Offices on the day(s) of Strike, should the strike(s) materialize."

Customers are likely to face various issues in carrying out their financial transactions at United Bank.

If you plan to do any deposits, savings, opening a Fixed deposits, withdraw hefty cash, open a account  or withdraw cheque, draft in United Bank, then make sure it has been carried either before January 08 or after January 09.

Strike against United Bank would be the third protest within 20 days.

Recently, services in most of the banks were hit on Thursday (December 26) due to a strike called by around one million employees of various banks.

The bank employees are protesting against the proposed amalgamation of Vijaya Bank and Dena Bank with Bank of Baroda.

The merger of state -owned Vijaya Bank and Dena Bank, both under the prompt corrective action (PCA) framework of the RBI, with Bank of Baroda, was announced in September this year. The merger would create India's third largest lender.

On December 21, around 3.20 lakh officers from various state-run banks were on a one-day strike, seeking immediate wage revision and opposing the proposed merger. The nation-wide strike had partially impacted banking operations affecting services like deposits and withdrawal at branches, cheque clearances and issuance of demand drafts, among others.

The share price of United Bank finished at Rs 11.53 per piece up by 4.34% on Sensex in Thursday's trading session.

How to start your own business, earn as much as Rs 5 lakh; be an influencer, take social media by storm!