The elder son of Mukesh Ambani, the richest Indian business magnate, is set to marry his schoolmate Shloka Mehta. 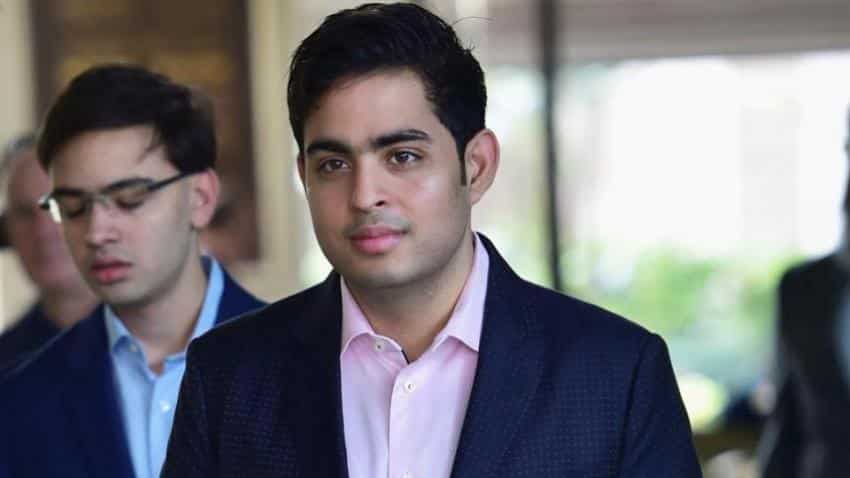 Akash Ambani engagement photo: The elder son of Mukesh Ambani, the richest Indian business magnate, has selected a bride for himself. Mukesh is the chairman and managing director of Reliance Industries Limited (RIL). Akash Ambani is set to marry his schoolmate Shloka Mehta. Shloka is the daughter of  diamantaire Russell Mehta. However, both the families are yet to confirm the engagement news. According to reports, the wedding is set for December next. In fact, news agency PTI has even revealed likely dates - December 8-12, 2018 - and the venue too - the Oberoi, Mumbai.

Shloka Mehta is the youngest daughter of Russel and Mona Mehta. They are the owners of Rosy Blue Diamonds. She knew Ambanis since the age of four, and also studied with Akash at the Dhirubhai Ambani International School in Mumbai. Later she took her degree in anthropology from  Princeton University in 2013, followed by masters in the same subject in 2014 from  London School of Economics. Shloka is a director of Rosy Blue Foundation since 2014. Mehta is the Managing Director of Rosy Blue Diamonds.

Akash Ambani is elder son of Mukesh Ambani and Nita Ambani, founder of Reliance Foundation. Akash completed his schooling from Dhirubhai Ambani International School and further majored in  economics from Brown University in the United States. He is the chief of strategy of Reliance Jio, a 4G service provider.  Here are a few images of the families during their visit to Mumbai's Siddhivinayak Temple on Sunday:

Akash Ambani and Shloka Mehta during their visit to Mumbai's Siddhivinayak Temple on Sunday. 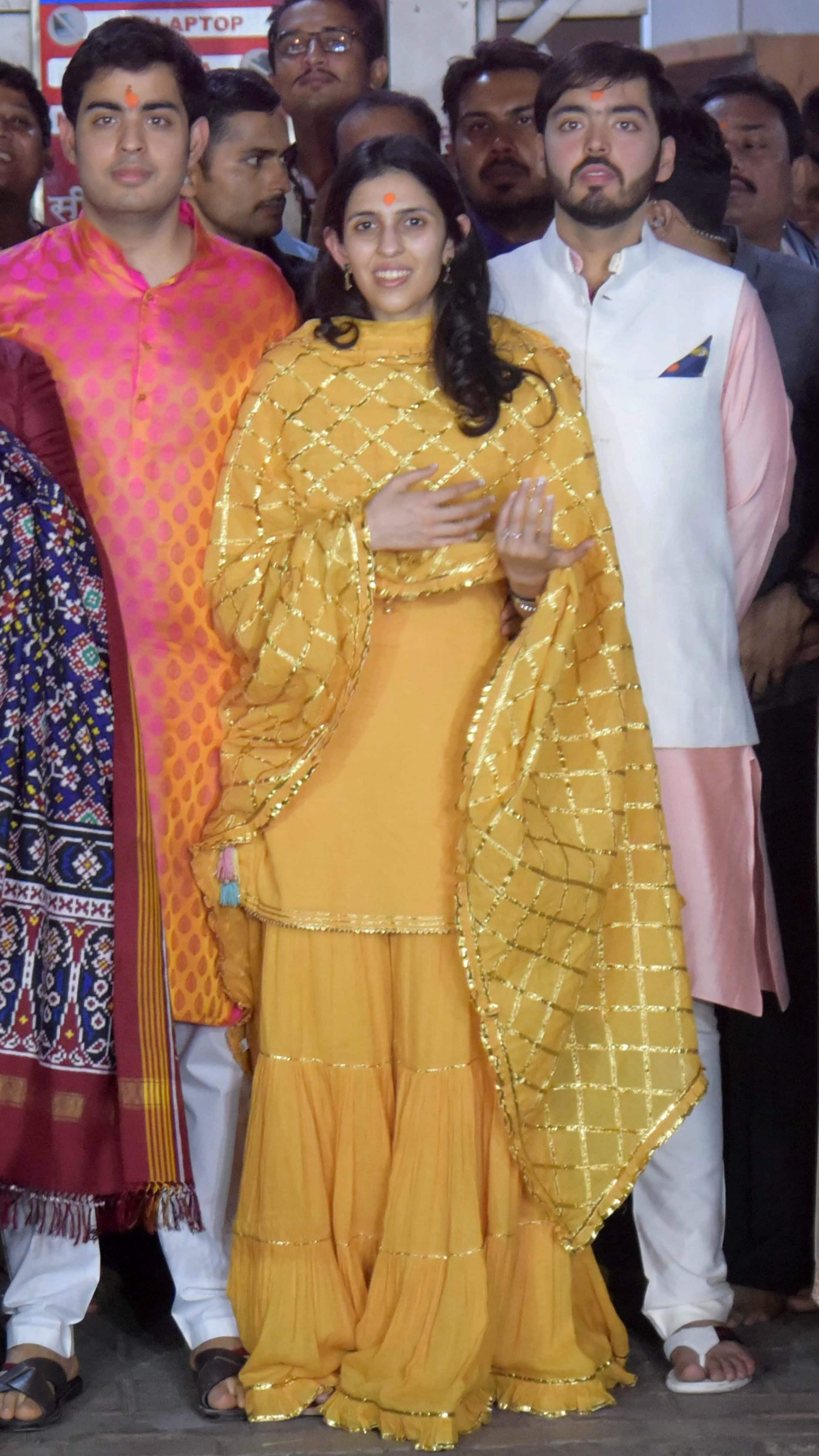 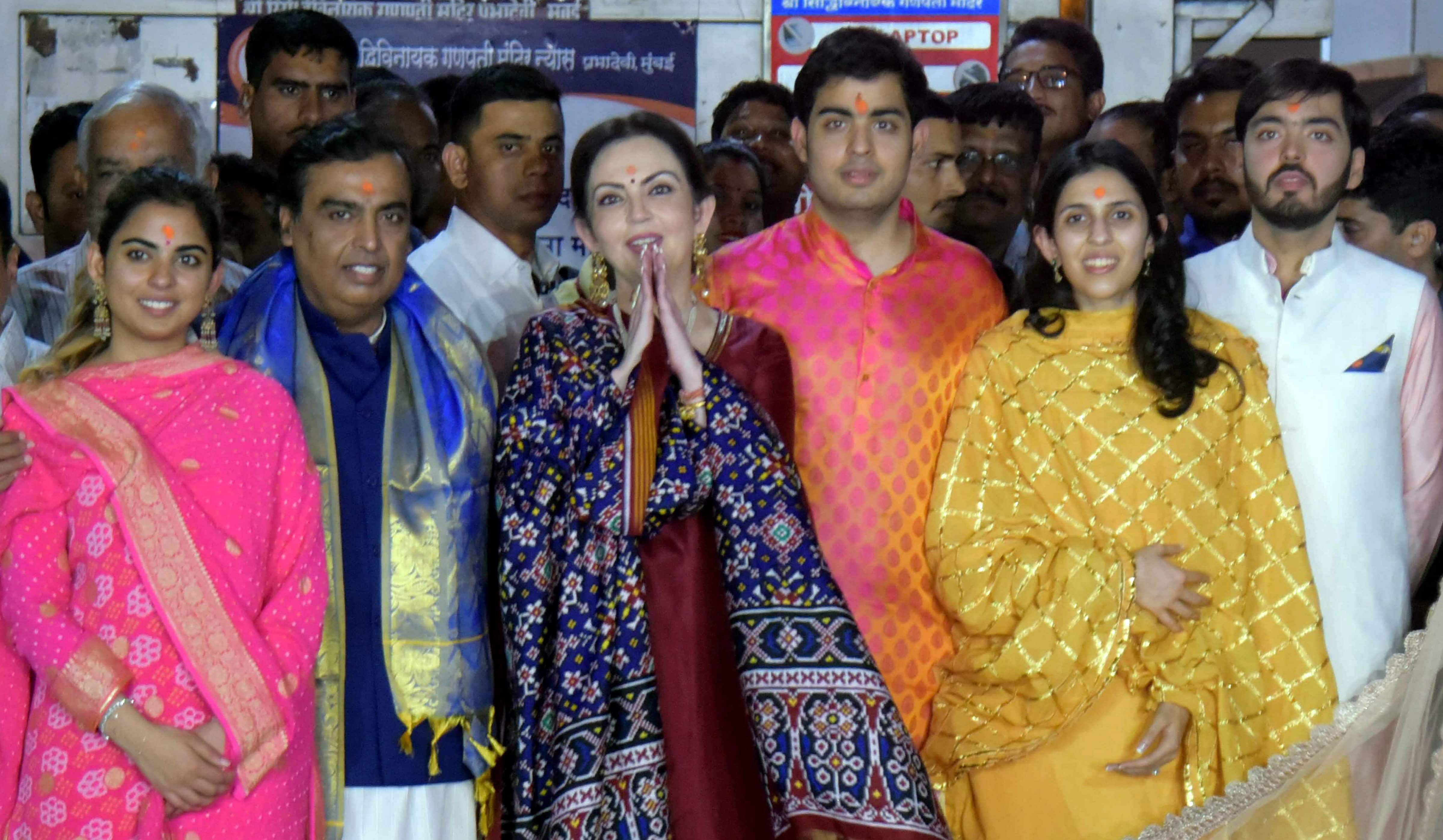 Besides parents Mukesh and Nita Ambani, grandmother Kokilaben was also present at the event. Even brother Anant Ambani was seen during the occasion. 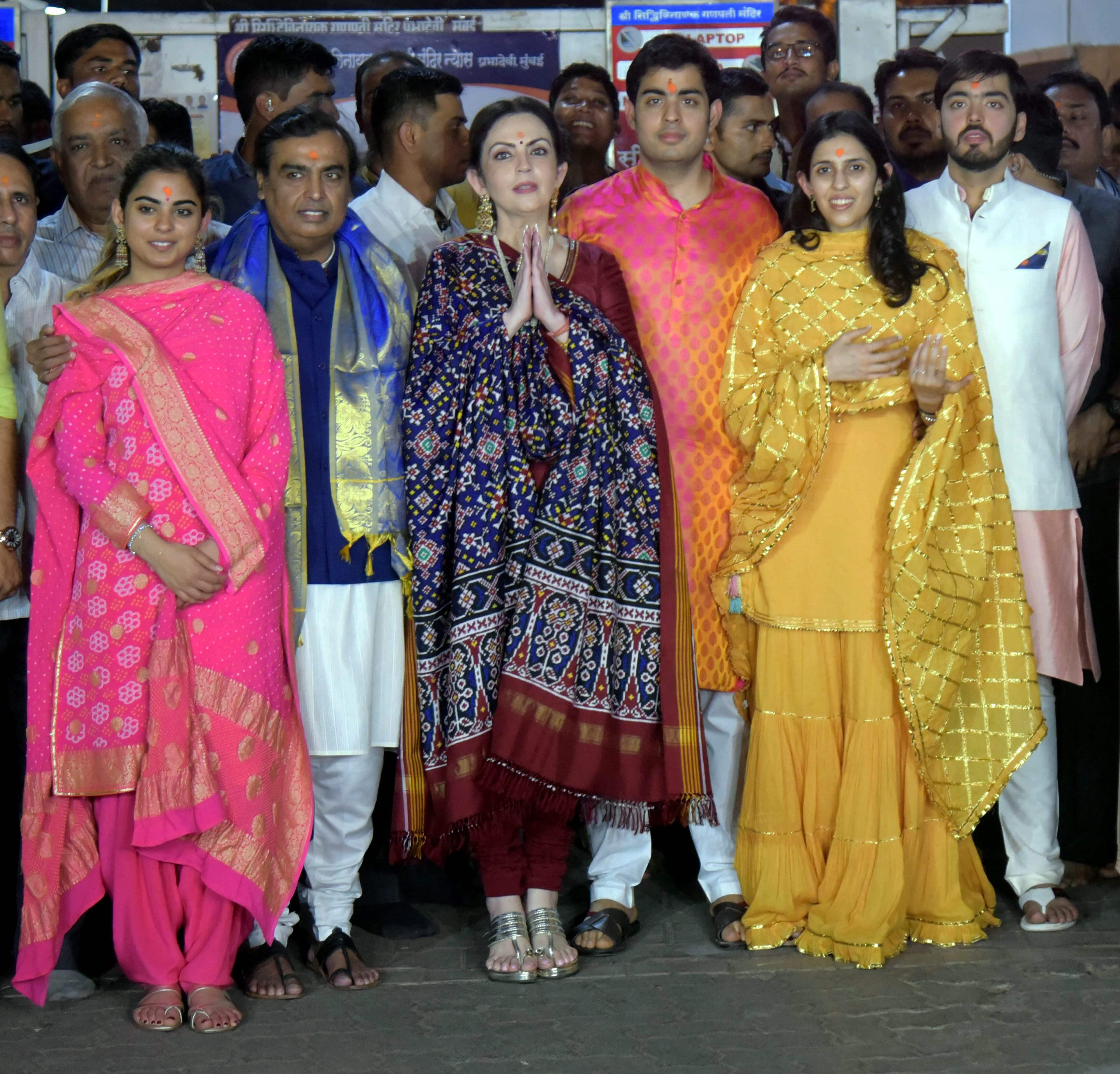 Akash-Shloka Wedding: Nita and Mukesh Ambani celebrate with protectors of the nation, under privileged children; seek their blessings

JioMusic-Saavn deal to expand user base of Reliance Jio; here are key things to know