A total of 3,108 employees on Fixed Term Contract are employed by Air India. The annual expenditure on salaries incurred/paid to contractual employees for FY 2017-18 is Rs 162.74 crore. 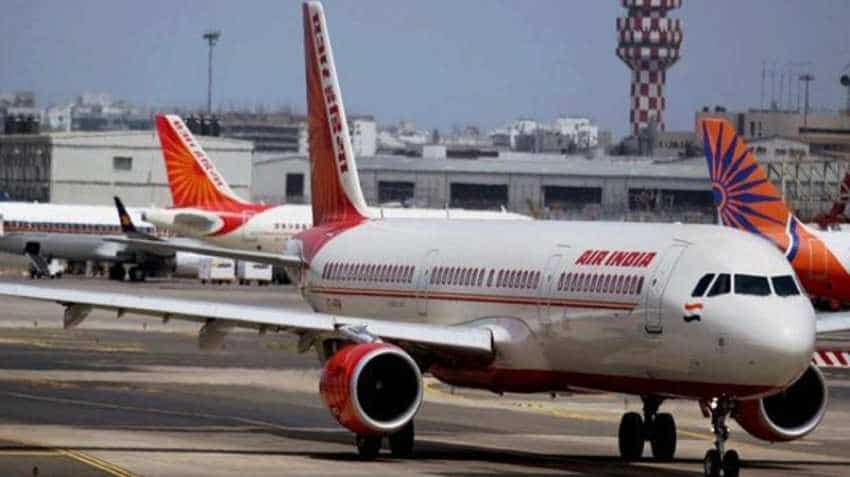 He also informed the house that the airline has terminated the service of 51 Fixed Term Contract employees on various grounds. PTI
Written By: ZeeBiz WebTeam
RELATED NEWS

Beleaguered state-owned airline Air India has over 3,000 contractual staff and has paid Rs 162.74 crore in wages to them during FY2017-18, Minister of State for Civil Aviation Jayant Sinha today informed the Lok Sabha.

He also informed the house that the airline has terminated the service of 51 Fixed Term Contract employees on various grounds.

"The number of employees on Fixed Term Contract who have been terminated during the last three years are as under - 7 in 2015-16, 12 in 2016-17 and 32 in 2017-18. Contract of most of the employees has been terminated on the basis of the disciplinary action for absenteeism and other non-performance reasons etc. Besides, 115 employees on FTC, also left Air India Ltd on the end of their contract or termination of the contract at the request of the employee," he said.

In reply to the question whether government proposes to recruit permanent employees against these contract workers, the minister said there are no such plans.

In reply to another question whether the government has initiated the sale of Air India building headquarters located at Nariman Point in Mumbai to Jawaharlal Nehru Port Trust, he said that monetisation of various assets has been initiated as per the turnaround plan where the target was Rs 5,000 crore over a period of 10 years from FY2013 onwards.

"The proposal for the sale of Air India Building, Nariman Point to Government Department has been taken up with the Ministry of Shipping, Government of India," said Sinha.

He also informed that Ms Cushman & Wakefield has been appointed as consultant for the same.

The minister also informed that the government has decided to revise the compensation towards maintenance costs on VVIP flight operations with Boeing 747 aircraft from Rs 336.24 crore to Rs 534.38 crore. This will have an annual escalation of 10% to compensate for inflation for maintenance of B747-400 aircraft.

Air India has 4 B747-400 aircraft available for (Special Extra Section Flights) SESF. Only one of them is configured for VVIP and one aircraft is kept at standby.